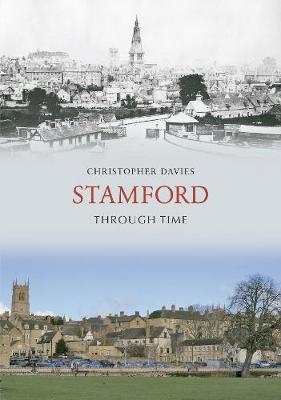 Stamford has a reputation for being one of England's finest stone towns. It is a happy mix of medieval and Georgian architecture that was untouched by the Industrial Revolution or later large scale developments, so its central core has survived remarkably intact. Its architecture is outstanding and for this reason, in 1967, it became the country's first conservation area. In recent years the town has become a popular tourist destination for both home and overseas visitors. It has also attracted the attention of film makers who have been quick to see its potential as a back-drop for such TV productions as Middlemarch and Pride and Prejudice. Using contrasting photographs, this book sets out to show something of both the continuity and change in the town during the last 100 years.

» Have you read this book? We'd like to know what you think about it - write a review about Stamford Through Time book by Christopher Davies and you'll earn 50c in Boomerang Bucks loyalty dollars (you must be a Boomerang Books Account Holder - it's free to sign up and there are great benefits!)

Christopher Davies has lived in Stamford for almost forty years, and for much of that time has been involved in research projects connected with the town's history. Professionally he has spent many years in vocational education and training; he has also taught local history in adult education and for the WEA in both Lincolnshire and Cambridgeshire. He is current chairman of the Stamford Survey Group. Previous publications include Stamford Past and Stamford and the Civil War. He has also contributed articles to the Stamford Historian.

A Preview for this title is currently not available.
More Books By Christopher Davies
View All

A Treatise on Slate and Slate Quarrying: Scientific, Practical, and Commercial
$83.10 $92.33