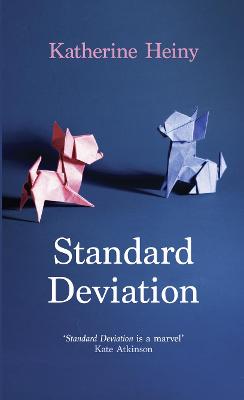 `One of the funniest books you will ever read' Daily Mail

`Looking for a blissful summer novel? Here it is' Washington Post

`This is the beach book for summer 2017' The Times

`A comic masterpiece' Observer A divinely funny novel about the challenges of a good marriage, the delight and heartache of raising children, and the irresistible temptation to wonder about the path not taken. This sensational debut will appeal to fans of David Nicholls, Nick Hornby, Nora Ephron and Lorrie Moore.

Graham Cavanaugh's second wife, Audra, is everything his first wife was not. She considers herself privileged to live in the age of the hair towel, talks non-stop through her epidural, labour and delivery, invites the doorman to move in and the eccentric members of their son's Origami Club to Thanksgiving. She is charming and spontaneous and fun but life with her can be exhausting.

In the midst of the day-to-day difficulties and delights of marriage and raising a child with Asperger's, his first wife, Elspeth, reenters Graham's life. Former spouses are hard to categorize - are they friends, enemies, old flames, or just people who know you really, really well? Graham starts to wonder: How can anyone love two such different women? Did he make the right choice? Is there a right choice? 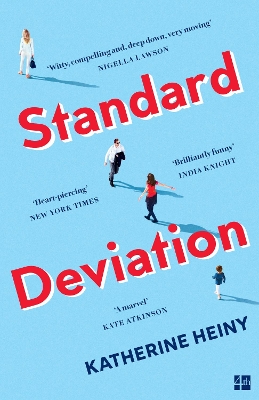 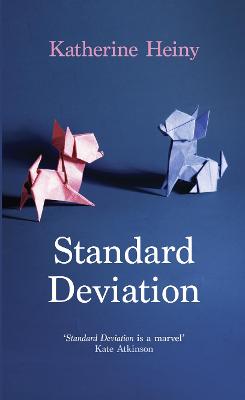 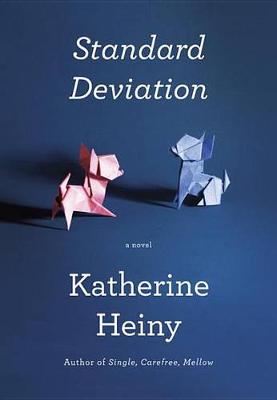 » Have you read this book? We'd like to know what you think about it - write a review about Standard Deviation book by Katherine Heiny and you'll earn 50c in Boomerang Bucks loyalty dollars (you must be a Boomerang Books Account Holder - it's free to sign up and there are great benefits!)

“It occurred to Graham that here, finally, was the similarity between these two women he’d chosen to marry: they were both totally unrufflable, one out of iciness, the other out of obliviousness.”

Standard Deviation is the second book by American author, Katherine Heiny. Fifty-six-year-old Graham Cavanaugh has been married to Audra Daltry for twelve years. “Audra was not quite beautiful, but her liveliness kept her far away from plain.” She was the reason he split with his first wife, Elspeth. Two more different women are hard to imagine, and Graham’s life now is a far cry from the ordered existence he had with Elspeth. He has Matthew, his ten-year-old autistic-spectrum son, whose current interest (obsession?) is origami.

Graham narrates the events of their lives: the various people that Audra invites to dinner, or to stay over, sometimes for unspecified periods of time, in their den, all with perfectly sound Audra logic; encountering his ex-wife in the deli; an origami conference; a playdate for Matthew that includes a grandfather and his dog; a Thanksgiving dinner that puts several guests in the hospital; dinner and get-togethers with his ex-wife and her partner; almost affairs; summons by the school principal about Matthew’s accessing porn on the school computer; interactions with his incredibly naïve secretary; and the inheriting of a coke machine.

All of Heiny’s characters are a bit quirky, a bit odd, but despite her flaws and foibles (“…Graham wondered if there was sort of processing unit – some sort of filter – missing from Audra’s brain. She said things all the time without realising how they sounded…”), Audra is almost impossible to dislike. While Graham sometimes longs for the quiet, ordered life he had with Elspeth, and even indulges in some of it for a while, he eventually realises that he would not swap his unconventional life with Audra or his often difficult but nonetheless remarkable son for the ordinary, regular ones that other people have.

Nothing really dramatic ever happens but, like Anne Tyler, Heiny has a singular talent for taking ordinary people doing fairly ordinary things and keeping the reader enthralled and endeared. Her pace is sedate, her descriptive prose, lovely, her dialogue, realistic. Fans of Tyler’s work are very likely to enjoy this one. A delightfully sensitive, heart-warming read.

Katherine Heiny is the author of Single, Carefree, Mellow, a fantastically received short story collection. She lives in Washington, D.C., with her husband and children.

A Preview for this title is currently not available.
More Books By Katherine Heiny
View All