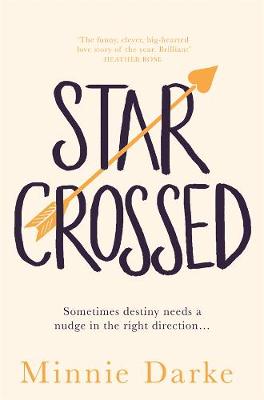 In this sparkling romantic comedy, a young journalist tampers with her magazine's horoscopes to win her friend's heart - and sets in motion an unpredictable and often hilarious ripple effect. . . Sometimes destiny needs a nudge in the right direction . . .When Justine Carmichael (Sagittarius, aspiring journalist and sceptic) bumps into her old friend Nick Jordan (Aquarius, struggling actor and true believer) it could be by chance. Or it could be written in the stars. Justine works at the Alexandria Park Star - and Nick, she now learns, relies on the magazine?s astrology column to guide him in life. Looking for a way to get Nick?s attention, Justine has the idea of making a few small alterations to 'Aquarius? before it goes to print. It's only a horoscope, after all. What harm could it possibly do?'Star-crossed is the funny, clever, big-hearted romance of the year. Brilliant!' Heather Rose (Leo)

Other Editions - Star-crossed by Minnie Darke 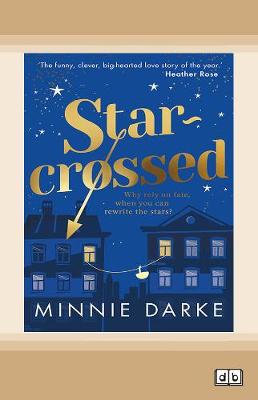 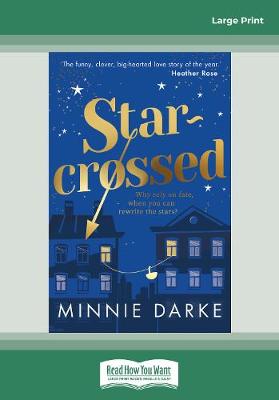 » Have you read this book? We'd like to know what you think about it - write a review about Star-crossed book by Minnie Darke and you'll earn 50c in Boomerang Bucks loyalty dollars (you must be a Boomerang Books Account Holder - it's free to sign up and there are great benefits!)

5 stars Star-Crossed is the first novel by Australian author, Minnie Darke (who also writes as Danielle Wood). It’s been over ten years since Justine Carmichael has seen Nick Jordan. They grew up together until Nick’s family moved west when they were eleven and their lives, apart from one family holiday together as fourteen-year-olds, lived separately. But Justine never forgot Nick: she fell in love at fourteen, even if he didn’t. And now Nick is back in town, working odd jobs while waiting for his acting career to take off. Justine, always the literary one, is working at the Alexandria Park Star, though, sadly, only as a copy runner. As an avid fan, Nick immediately wants his curiosity satisfied about the Star’s horoscope writer, Leo Thornbury, but on the subject of the famously reclusive astrologer, Justine can’t elaborate. Does he seriously make life decisions based on this patently made-up stuff? Nick defends Leo, claiming his advice is surprisingly sound.

When a hopeful Justine hears nothing further from Nick, her promotion to contributions manager at the Star puts her in a position to perhaps influence Nick’s decisions: directed to transcribe Leo’s faxed column for printing, Justine yields to temptation and alters Nick’s horoscope, with the intention of steering him in her direction. A daring, possibly even dangerous move?

Following Leo’s style, Justine’s altered Aquarius horoscopes are cryptic and ambiguous, and naturally open to more than one interpretation. Meaning that Justine’s plan can (and does) backfire. Nor is Nick the only person who reads the Alexandria Park Star’s horoscope page. And if at first she doesn’t succeed, Justine tries, and tries again…

In keeping with the zodiac theme, the chapters are titled for the twelve star signs, while the shorter pieces between these are fittingly headed “cusp”. While the zodiac chapters relate the lives of our main protagonists, the cusp pieces describe how Justine unwittingly influences the behaviour of several apparently unrelated minor characters whose actions, nonetheless, add to the (almost madcap) climax. There are cute little touches like zodiac symbols denoting new sections, and of course, the star sign of each character, even a scruffy, one-eyed dog, is an integral part of their description. This is a book filled with humour. Justine’s silent dialogues with her brain provide plenty of laugh-out-loud moments, as does Justine tying herself in knots trying to pilot Nick towards career happiness, if not love. While it’s not a small cast of characters and bit players that the reader has to keep track of, there are many happy endings, or the potential for them: Minnie Darke’s debut novel is funny and sweet, a truly delightful romantic comedy.