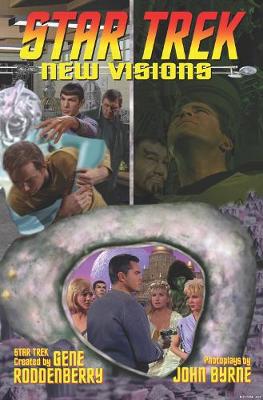 It's as close as fans will ever come to getting new episodes featuring the original cast. First, "The Enemy of My Enemy"... is not my friend. But when Kirk and Kor find themselves forced to work together against a common foe, does it mean a productive alliance, or a chance for deadly betrayal? Then, Kirk and his crew venture into the past, only to discover it is nothing like their history books teach--no trace of the devastation of World War III and the Eugenics Wars. What can have caused such a divergence? The answer is to be found in "An Unexpected Yesterday." Also includes a reinterpretation and adaptation of the TV episode "The Cage."

» Have you read this book? We'd like to know what you think about it - write a review about Star Trek: New Visions Volume 8 book by John Byrne and you'll earn 50c in Boomerang Bucks loyalty dollars (you must be a Boomerang Books Account Holder - it's free to sign up and there are great benefits!)


A Preview for this title is currently not available.
More Books By John Byrne
View All