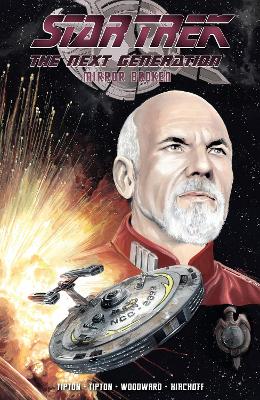 Inspired by the classic Star Trek episode, this topsy-turvy world hosts an adventure of epic proportions, where nothing is what it seems! Captain Jean-Luc Picard will stop at nothing to get his hands on the Empire's newest warship, the I.S.S. Enterprise, be it lies, deception...or murder. With enemies and threats around every corner, Picard's quest to help the Enterprise and restore the Empire to glory will not be an easy one.

» Have you read this book? We'd like to know what you think about it - write a review about Star Trek TNG: Mirror Broken book by David Tipton and you'll earn 50c in Boomerang Bucks loyalty dollars (you must be a Boomerang Books Account Holder - it's free to sign up and there are great benefits!)

Scott Tipton is a New York Times Best-Selling author and comic-book historian with a wide variety of both graphic novel and prose works to his credit. Scott's most recent prose work, The Star Trek Vault- 40 Years From the Archives for Abrams Publishing, charts the remarkable history of the world's most popular science-fiction series. Scott is also the author of Comic Books 101, a humorous stroll through the history and high points of the American art form known as comic books, published by IMPACT BOOKS. J.K. Woodward started his professional comics career in 2003 when he collaborated with A. David Lewis on the indie comic Mortal Coils and Michael Colbert on the Digital Webbing Presents series Crazy Mary. When Peter David was re-launching his creator-owned series Fallen Angel at IDW, he was a natural choice for Peter's dark world of magic, violence and redemption. He then went on to do coverson X-men Origins- The Beast. He also worked on the Star Trek/Doctor Who crossover, Assimilation2 and Harlan Ellison's City on the Edge of Forever. 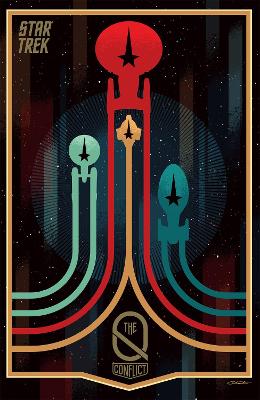 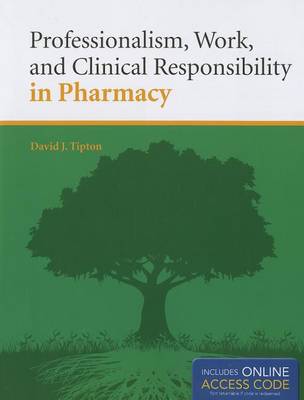