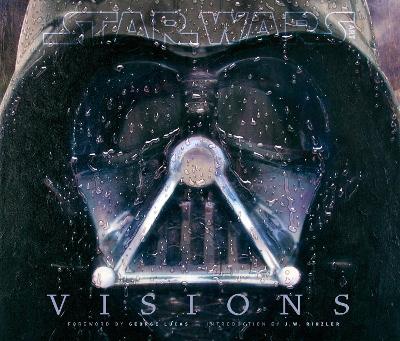 When Star Wars debuted in 1977, it revolutionized mainstream American filmmaking, transporting fans to new galaxies and introducing them to countless now-classic characters, aliens, planets, and starships. In the decades since, the Star Wars Saga has become a phenomenon impacting cultures across the globe.

"Star Wars Art: Visions . . . acknowledges what fans have felt all along. They don't want to be mere spectators, but involved in the storytelling too."
-Los Angeles Times

» Have you read this book? We'd like to know what you think about it - write a review about Star Wars: Visions book by George Lucas and you'll earn 50c in Boomerang Bucks loyalty dollars (you must be a Boomerang Books Account Holder - it's free to sign up and there are great benefits!)

Acme Archives Limited is the world's largest privately held conservation repository for artwork created in the process of producing filmed entertainment. Founded in 1996, Acme has established retail fine art programs for several entertainment companies, with specific titles including Star Wars, Indiana Jones, The Simpsons, and Family Guy, and oversees the entire studio art catalog of titles from Walt Disney and Pixar-from the classics to the present.