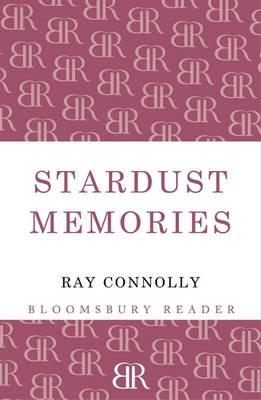 Talking About My Generation

The extraordinary decade of the 1960's was always slightly out of sync. It began late - with a remarkable flourish in 1963 with The Beatles, That Was the Week That Was, the Profumo affair and the Great Train Robbery all competing in an atmosphere of giggling frivolity for newspaper headlines - and ended in the early seventies in disillusionment, growing unemployment and accelerating inflation. During that period Ray Connolly was at the centre of the whirlpool of popular arts and rock music, and his weekly journalistic profile of the famous and infamous became an acknowledged notice-board for the style-makers of the sixties. This book collects fifty of his most celebrated character studies and for the most part the subjects are men and women from the author's own age-group - Mick Jagger, Jean Shrimpton, Peter Fonda, David Bailey and Germaine Greer - young people who saw the opportunity to make waves during that era of extravagance, and whose images we saw reflected everywhere. In compiling this book, Ray Connolly has been able to recall the superstars of that time and also to discover what has happened to them since those days of heady optimism.

» Have you read this book? We'd like to know what you think about it - write a review about Stardust Memories book by Ray Connolly and you'll earn 50c in Boomerang Bucks loyalty dollars (you must be a Boomerang Books Account Holder - it's free to sign up and there are great benefits!)