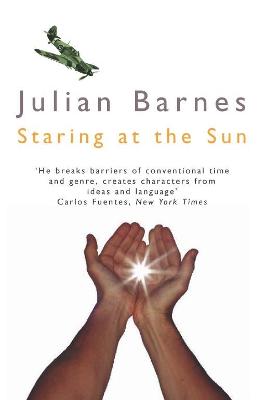 Staring at the Sun

Description - Staring at the Sun by Julian Barnes

Ambitious and speculative, this is a novel on the theme of courage, from the public heroisms of wartime to the private ones of ordinary life. Comic, tender and beautifully written. A fighter pilot, high above the English Channel in 1941, watches the sun rise; he descends 10,000 feet and then, to his amazement, finds the sun beginning to rise again. With this haunting image Julian Barnes' novel begins. It charts the life of Jean Serjeant, from her beginnings as a naive, carefree country girl before the war through to her wry and trenchant old age in the year 2020. We follow her bruising experience in marriage, her questioning of male truths, her adventures in motherhood and in China; we learnt the questions she asks of life and the often unsatisfactory answers it provides

Other Editions - Staring at the Sun by Julian Barnes 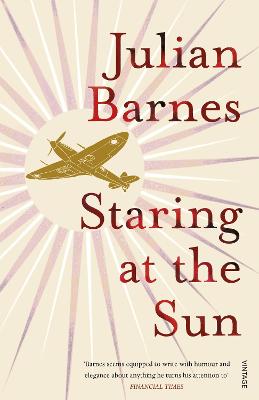 Book Reviews - Staring at the Sun by Julian Barnes

» Have you read this book? We'd like to know what you think about it - write a review about Staring at the Sun book by Julian Barnes and you'll earn 50c in Boomerang Bucks loyalty dollars (you must be a Boomerang Books Account Holder - it's free to sign up and there are great benefits!)

Julian Barnes has published eight other novels, Metroland, Before She Met Me, Flaubert's Parrot, A History of the World in 10 and Half Chapters, Talking It Over, The Porcupine, England, England and Love, etc; two books of short stories, Cross Channel and The Lemon Table; and also two collections of essays, Letters from London and Something to Declare. His work has been translated into more than thirty languages. In France he is the only writer to have won both the Prix Midicis (for Flaubert's Parrot) and the Prix Fimina (for Talking It Over). In 1993 he was awarded the Shakespeare Prize by the FVS Foundation of Hamburg. He lives in London.