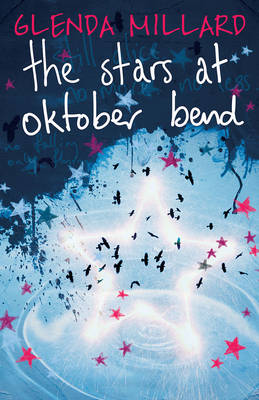 The Stars at Oktober Bend

Description - The Stars at Oktober Bend by Glenda Millard

Alice is fifteen, with hair as red as fire and skin as pale as bone, but something inside her is broken. She has acquired brain injury, the result of an assault, and her words come out slow and slurred. But when she writes, heartwords fly from her pen. She writes poems to express the words she can't say and leaves them in unexpected places around the town. Manny was once a child soldier. He is sixteen and has lost all his family. He appears to be adapting to his new life in this country, where there is comfort and safety, but at night he runs, barefoot, to escape the memory of his past. When he first sees Alice, she is sitting on the rusty roof of her river-house, looking like a carving on an old-fashioned ship sailing through the stars.

Other Editions - The Stars at Oktober Bend by Glenda Millard 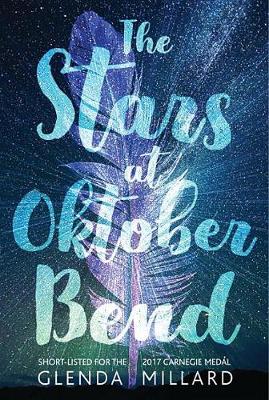 Book Reviews - The Stars at Oktober Bend by Glenda Millard

» Have you read this book? We'd like to know what you think about it - write a review about Stars at Oktober Bend book by Glenda Millard and you'll earn 50c in Boomerang Bucks loyalty dollars (you must be a Boomerang Books Account Holder - it's free to sign up and there are great benefits!)

Glenda Millard is a highly respected author who writes for children of all ages. Her novel A Small Free Kiss in the Dark was the Winner of the 2009 Queensland Premier's Award for young adults, Honour Book in the 2010 CBCA awards for older readers, shortlisted for the 2010 NSW Premier's Literary Awards, and included on the Honour List for the 2012 International Board of Books for Young People. Books from her popular Kingdom of Silk series have also received individual awards. Her novel, The Novice, was chosen for a White Raven Award in 2006. Glenda has also written many picture books, including The Duck and the Darklings, illustrated by Stephen Michael King, which was Winner of the 2016 WA Premier's Literary Awards for children's books and shortlisted in the 2015 CBCA awards.

Everything Is Changed
Nova Weetman
$16.76 $19.95
More Books By Glenda Millard
View All