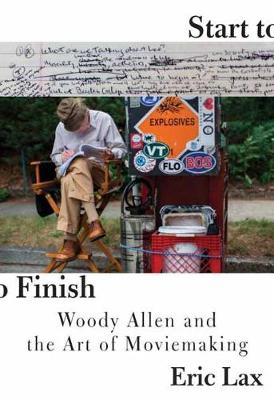 Woody Allen and the Art of Moviemaking

Eric Lax has been with Woody Allen almost every step of the way. He chronicled Allen's transformation from stand-up comedian to filmmaker in On Being Funny (1975). His international best seller, Woody Allen- A Biography (1991), was a portrait of a director hitting his stride. Conversations with Woody Allen comprised interviews that illustrated Allen's evolution from 1971 to 2008. Now, Lax invites us onto the set--and even further behind the scenes--of Allen's Irrational Man, which was released in 2015, and starred Joaquin Phoenix and Emma Stone. Revealing the intimate details of Allen's filmmaking process, Lax shows us the screenplay being shaped, the scenes being prepared, the actors, cinematographers, other crew members, the editors, all engaged in their work. We hear Allen's colleagues speak candidly about working with him, and Allen speaking with equal openness about his lifetime's work. An unprecedented revelation of one of the foremost filmmakers of our time, Start to Finish is sure to delight not only movie buffs and Allen fans, but everyone who has marveled at the seeming magic of the artistic process.

Other Editions - Start To Finish by Eric Lax 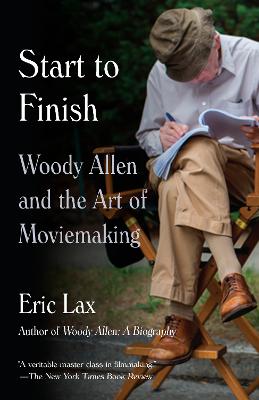 » Have you read this book? We'd like to know what you think about it - write a review about Start To Finish book by Eric Lax and you'll earn 50c in Boomerang Bucks loyalty dollars (you must be a Boomerang Books Account Holder - it's free to sign up and there are great benefits!)

ERIC LAX's books include Woody Allen- A Biography, an international best seller and a New York Times Notable Book of the Year, Bogart (with A. M. Sperber), and Conversations with Woody Allen, which comprises forty years of interviews with Allen. Lax has written for The Atlantic, Esquire, The Los Angeles Times, The New York Times Magazine, and more. He lives in Los Angeles.

A Preview for this title is currently not available.
More Books By Eric Lax
View All