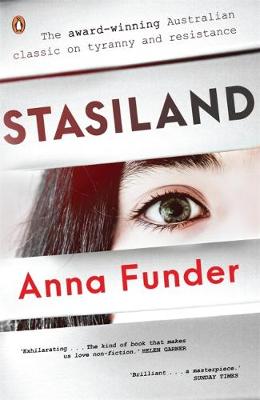 Anna Funder's Samuel Johnson Prize-winning Stasiland is an Australian classic, the definitive account of tyranny and resistance in the former East Germany.

Winner of the BBC Four Samuel Johnson Prize
Truth can be stranger - and more heartbreaking and hilarious - than fiction.

In this now classic work, Funder tells extraordinary stories from the most perfected surveillance state of all time, the former East Germany. She meets Miriam, condemned as an enemy of the state at sixteen, and Frau Paul, for whom the Berlin Wall 'went through my heart'. She drinks with the legendary 'Mik Jegger' of the East, once declared by the authorities to 'no longer exist'. And she meets ex-Stasi - men who spied on their families and friends - still loyal to the deposed regime as they await the next revolution.

Stasiland is a brilliant, timeless portrait of a Kafkaesque world as gripping as any thriller. In a world of total surveillance, its celebration of human conscience and courage is as potent as ever.

Other Editions - Stasiland by Anna Funder 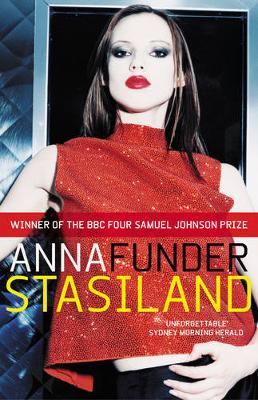 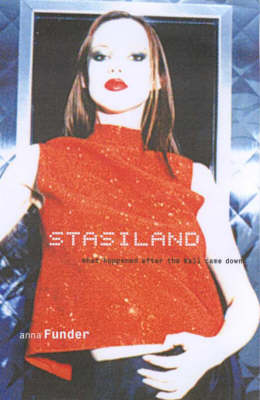 » Have you read this book? We'd like to know what you think about it - write a review about Stasiland book by Anna Funder and you'll earn 50c in Boomerang Bucks loyalty dollars (you must be a Boomerang Books Account Holder - it's free to sign up and there are great benefits!)

Anna Funder is the author of the acclaimed All That I Am, winner of the 2012 Miles Franklin Literary Award, among other awards. Her first book, the internationally bestselling Stasiland, won the 2004 Samuel Johnson Prize and was published in twenty countries and translated into sixteen languages. Anna Funder is a former DAAD and Rockefeller Foundation Fellow. She grew up in Melbourne and Paris and now lives in New York with her husband and family.