The State Of Jones

Description - The State Of Jones by Sally Jenkins

Covering the same ground as the major motion picture The Free State of Jones, starring Matthew McConaughey, this is the extraordinary true story of the anti-slavery Southern farmer who brought together poor whites, army deserters and runaway slaves to fight the Confederacy in deepest Mississippi. "Moving and powerful." -- The Washington Post.

In 1863, after surviving the devastating Battle of Corinth, Newton Knight, a poor farmer from Mississippi, deserted the Confederate Army and began a guerrilla battle against it. A pro-Union sympathizer in the deep South who refused to fight a rich man's war for slavery and cotton, for two years he and other residents of Jones County engaged in an insurrection that would have repercussions far beyond the scope of the Civil War. In this dramatic account of an almost forgotten chapter of American history, Sally Jenkins and John Stauffer upend the traditional myth of the Confederacy as a heroic and unified Lost Cause, revealing the fractures within the South.

Other Editions - The State Of Jones by Sally Jenkins 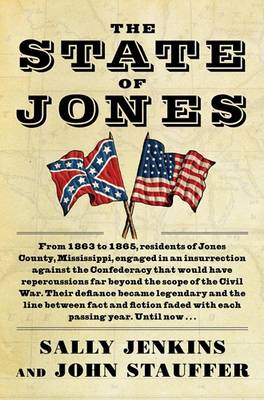 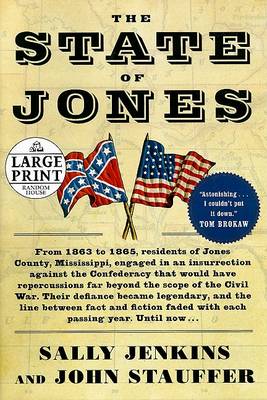 Book Reviews - The State Of Jones by Sally Jenkins

» Have you read this book? We'd like to know what you think about it - write a review about State Of Jones book by Sally Jenkins and you'll earn 50c in Boomerang Bucks loyalty dollars (you must be a Boomerang Books Account Holder - it's free to sign up and there are great benefits!)

Sally Jenkins is an award-winning journalist for the Washington Post and the author of eight books, three of which were New York Times bestsellers, most notably It's Not About the Bike with Lance Armstrong. Her work has been featured in GQ and Sports Illustrated, and she has acted as a correspondent on CNBC as well as on NPR's All Things Considered. She lives in New York City. John Stauffer is chair and professor of the History of American Civilization at Harvard University and the award-winning author of The Black Hearts of Men and other books on the Civil War era, including Giants: The Parallel Lives of Frederick Douglass and Abraham Lincoln. He lives in Cambridge, Massachusetts.

A Preview for this title is currently not available.
More Books By Sally Jenkins
View All