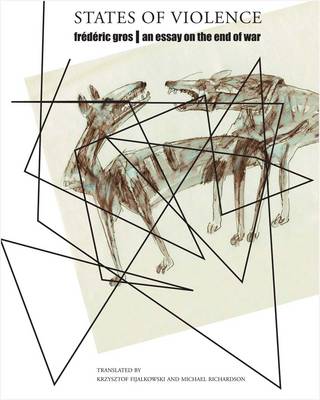 An Essay on the End of War

According to political philosopher Frederic Gros, traditional notions of war and peace are currently being replaced by ideas of intervention and security. But while we may be able to speak of an end to war, this does not imply an end to violence. On the contrary, Gros argues that what we are witnessing is a reconfiguration of our ideas of war, resulting in new forms of violence?terrorist attacks, armed groups jockeying for territory, the use of precision missiles, and the dangerous belief that conflict can be undertaken without casualties.

In States of Violence, Gros explains how war was once conducted to defend or increase the power of a city, an empire, or a state, but today conflict is directed at the very fragility of the individual and based upon a logic of unilateral destruction inflicted upon deprived civilian populations. While war was once rationalized as justified bloodshed, these new states of violence are instead centered on the spectacle of stark, publicized civilian suffering. By charting the history of the philosophy of conflict in Western discourse, Gros offers a stimulating and timely critique of contemporary notions of war and terror.

» Have you read this book? We'd like to know what you think about it - write a review about States of Violence book by Frederic Gros and you'll earn 50c in Boomerang Bucks loyalty dollars (you must be a Boomerang Books Account Holder - it's free to sign up and there are great benefits!)

Frederic Gros is a professor at the University of Paris XII. Krzysztof Fijalkowski is a senior lecturer in critical studies at Norwich University College of the Arts. Michael Richardson is a writer and translator. Together, Fijalkowski and Richardson have translated Refusal of the Shadow, Surrealism against the Current, and Georges Bataille: An Intellectual Biography.

A Preview for this title is currently not available.
More Books By Frederic Gros
View All

Foucault and the Modern International: Silences and Legacies for the Study of World Politics
$69.31 $77.01