From bestselling author Walter Isaacson comes the landmark biography of Apple co-founder Steve Jobs. In Steve Jobs: The Exclusive Biography, Isaacson provides an extraordinary account of Jobs' professional and personal life. Drawn from three years of exclusive and unprecedented interviews Isaacson has conducted with Jobs as well as extensive interviews with Jobs' family members, key colleagues from Apple and its competitors, Steve Jobs: The Exclusive Biography is the definitive portrait of the greatest innovator of his generation. 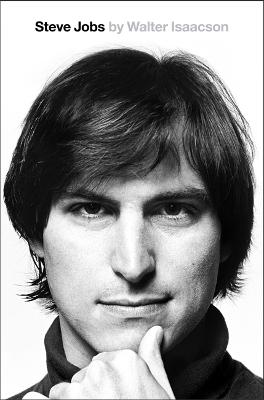 Evolution of the iPod, iPhone, and iPad

Early Development of the Macintosh

Biographer Walter Isaacson chronicles the early development of the Macintosh computer, and reveals why Jobs became so upset with Microsoft's Bill Gates.

» Have you read this book? We'd like to know what you think about it - write a review about Steve Jobs book by Walter Isaacson and you'll earn 50c in Boomerang Bucks loyalty dollars (you must be a Boomerang Books Account Holder - it's free to sign up and there are great benefits!)

Walter Isaacson began his career in journalism at The Sunday Times before becoming CEO of CNN. He is the author of several bestselling biographies.