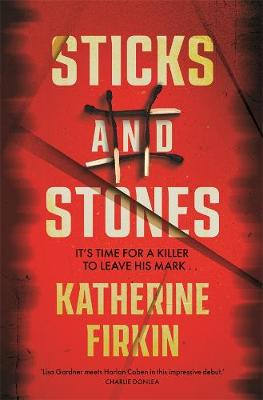 A terrifying, twisting debut from TV news journalist Katherine Firkin. It's time for a killer to leave his mark . . .

'Lisa Gardner meets Harlan Coben in this impressive debut that's as disturbing as it is twisty. Firkin takes readers into the mind of a killer like no one else!' Charlie Donlea

It's winter in Melbourne and Detective Emmett Corban is starting to regret his promotion to head of the Missing Persons Unit, as the routine reports pile up on his desk.

So when Natale Gibson goes missing, he's convinced this is the big case he's been waiting for - the woman's husband and parents insist the devoted mother would never abandon her children, and her personal accounts remain untouched.

But things aren't all they seem. The close-knit Italian family is keeping secrets - none bigger than the one Natale has been hiding.

Just as the net seems to be tightening, the investigation is turned on its head. The body of a woman is found . . . then another.

What had seemed like a standard missing person's case has turned into a frightening hunt for a serial killer, and time is running out.

But to really understand these shocking crimes, Emmett and his team will need to delve back through decades of neglect - back to a squalid inner-city flat, where a young boy is left huddling over his mother's body . . .
'A crisp police procedural that shows its characters in both darkness and light . . . A suspenseful, assured debut for fans of Sarah Bailey and Chris Hammer.' Books + Publishing

Other Editions - Sticks and Stones by Katherine Firkin 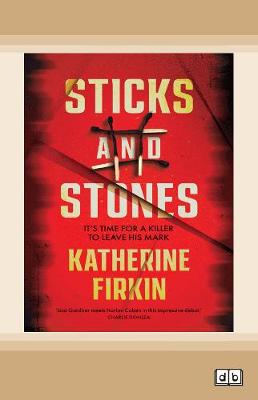 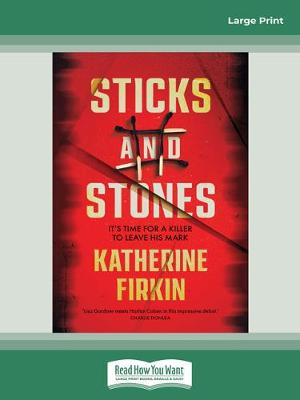 » Have you read this book? We'd like to know what you think about it - write a review about Sticks and Stones book by Katherine Firkin and you'll earn 50c in Boomerang Bucks loyalty dollars (you must be a Boomerang Books Account Holder - it's free to sign up and there are great benefits!)

3.5?s Sticks and Stones is the first novel by Australian journalist and author, Katherine Firkin. After a year in the Missing Persons Unit (possibly slated for downsizing), Detective Senior Constable Emmet Corban is feeling a little jaded. “One thing he knew now with certainty was that when someone went missing, it was nearly always because they simply didn’t want to be found”.

But Natale Gibson’s disappearance is different: it is uncharacteristic for this mother, with her close family ties, to leave her two young children. As for his other case, Emmet is fairly certain that nomadically-inclined Rosemary Norman is just taking a break from her over-protective brother. Until a mutilated body turns up.

Emmet is surprised to be handed the lead in this case that he assumed would transfer to Homicide, and determined to use this chance to impress his superiors. He is expected to handle his MisPers cases simultaneously so is relieved to be assigned some experienced homicide detectives.

His most eager junior staff member is a little frustrated at his mundane assigned task and takes some initiative that could jeopardise their one solid lead. Then things really hot up when another body is found near the site of the first with a similar MO. Do they have a serial killer on their hands?

It’s quickly clear that Firkin’s protagonist is a competent detective, although his Homicide colleagues have him second-guessing his decisions. From the chilling prologue through to the exciting climax, Firkin keeps the reader guessing: even the most astute reader will have trouble separating the perpetrator from the many red herrings.

The story is given from multiple perspectives, and interspersed with account of the present-day events is a narrative that follows the fates of a young boy put into the welfare system when found at the side of his deceased, drug-addicted mother. Readers familiar with Melbourne will especially enjoy the many mentions of locales in which the story plays out.

Unfortunately, parts are a little clunky: where the reader should be wholly absorbed in characters and incidents, the author’s fingerprints are sometimes apparent. And among quite a few stereotypes, none of the characters really appeals or stands out.

There is also a lack of strong female characters: many of the women are portrayed as having a naivete and lack of judgement that would be unusual for 21st Century city dwellers, especially in this “me too” era. While there’s room for improvement, this is a good first effort. This unbiased review is from an e-book copy provided by The Pigeonhole and Penguin Random House