From the author of When God was a Rabbit and Tin Man, Still Life is a big-hearted story of people brought together by love, war, art and the ghost of E.M. Forster.

1944, in the ruined wine cellar of a Tuscan villa, as bombs fall around them, two strangers meet and share an extraordinary evening.

Ulysses Temper is a young British soldier, Evelyn Skinner is a sexagenarian art historian and possible spy. She has come to Italy to salvage paintings from the wreckage and relive memories of the time she encountered EM Forster and had her heart stolen by an Italian maid in a particular Florentine room with a view.

Evelyn's talk of truth and beauty plants a seed in Ulysses' mind that will shape the trajectory of his life - and of those who love him - for the next four decades.

Moving from the Tuscan Hills and piazzas of Florence, to the smog of London's East End, Still Life is a sweeping, joyful novel about beauty, love, family and fate.

'Four course nourishment for all Winman fans' Patrick Gale, author of Take Nothing With You

'Extraordinary . . . my book of the year' Liz Nugent, author of Our Little Cruelties

'The kind of story that bolsters the heart and soul' Donal Ryan, author of Strange Flowers 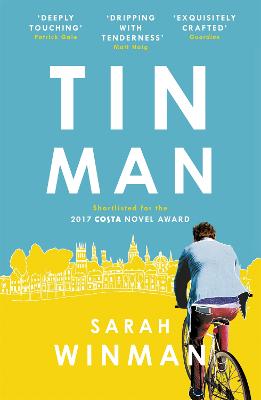 » Have you read this book? We'd like to know what you think about it - write a review about Still Life book by Sarah Winman and you'll earn 50c in Boomerang Bucks loyalty dollars (you must be a Boomerang Books Account Holder - it's free to sign up and there are great benefits!)

Back in London post-war, Temps works in a pub, accedes to his wife’s rejection and attempts to foster a love of art in her daughter. Then Ulysses finds his fortunes radically changed due to an impulsive and heroic act performed back in 1944 in a little square of Santo Spirito in Florence. After due consideration, he is living in Tuscany with a young girl not his daughter, an older man not his father, and an utterly extraordinary blue Amazonian parrot.

Evelyn continues her academic life teaching at Slade to enraptured students, and swimming regularly in the ponds with her friend, renowned artist, Dorothy Cunningham. But neither she nor Ulysses have forgotten their encounter, although a reunion will be quite some time in coming.

Winman’s writing has the feel of Anne Tyler novel and shades of Kate Atkinson: lives laid out for the reader to explore, to revel in. And what a cast populates her tale! Not all are endearing and some are decidedly eccentric: a publican who likes to drive an ever-wailing ambulance; a wearer of desert shorts whose visions prove profitable when bet upon; sentient trees which share their wisdom; and a parrot whose prescient quotes and insightful comments delight and often bemuse.

Less odd but still remarkable are: a singer of volcanic temper whose voice enchants and looks entrance; a piano player with a talent for composition; a plastics magnate who truly knows the meaning of charity; a man who crafts world globes by hand; and a smart, fierce, talented young girl with a maturity well beyond her years.

Adding richness to the story are support characters, the neighbours and incidental persons: a notary, a café cook, a med student, an elderly Contessa, pensione guests, a superior officer, a certain famous author, a mentally retarded daughter and an Indian shopkeeper. What many of Winman’s characters have in common is a generous capacity for love, but their interactions also provide lots of laugh-out-loud humour.

Winman does unfortunately indulge in that annoying editorial affectation of omitting quote marks for speech, but the story, the characters and the marvellous prose are so compelling that it can just about be forgiven. Entertaining and exceptionally moving, this is a book to be savoured. This unbiased review is from an uncorrected proof copy provided by NetGalley and Harper Collins Australia.