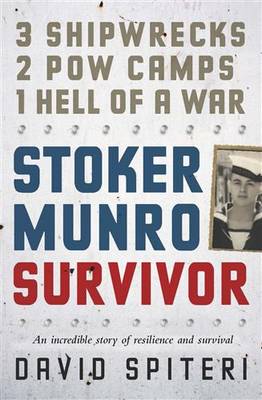 A simple, moving, vivid and heartbreaking account of one young sailor's eventful war.

I heard the cries of scared men yelling they couldn't swim, but they jumped in regardless. I pulled off my new boots, dropped them on the deck and, clutching my tobacco tin, jumped overboard, feet first ... We were a good distance away from the sinking Perth when two more torpedoes slammed into it and we watched silently as our ship slid under. Suddenly we were alone at sea in a pitch-black night in an overcrowded Carley float. Someone said, 'Goodbye, gallant one.'

Stoker Munro was just an inexperienced seventeen year old knockabout kid when he went to war, but he turned out to be an extraordinary survivor. the sinking of the Perth was only the beginning of his war. Stoker suffered through years of harsh imprisonment in Java and the infamous Changi prison camp, as well as the horrors of the thai-Burma Railway. then, just as conditions improved, he was shipped off to Japan and another disaster. Stoker Munro, Survivor is a simple but moving account of a young sailor's war, as told to his close friend, David Spiteri. Stoker's voice - clear, distinctive, laidback and larrikin, with an ability to find the humour in just about any situation - epitomises everything that is great about the ANZAC spirit: courage, resilience, and the sheer refusal to lie down and be beaten.

'the story of Stoker Darby Munro's survival is an epic of the human spirit ... In our time, when the word hero is flung around so lightly, this book reflects upon genuine heroism. We forget these stories and these lives at our peril.' Mike Carlton

» Have you read this book? We'd like to know what you think about it - write a review about Stoker Munro book by David Spiteri and you'll earn 50c in Boomerang Bucks loyalty dollars (you must be a Boomerang Books Account Holder - it's free to sign up and there are great benefits!)

David Spiteri was a founding member and President of one of Australia's first biker gangs. He is 'semi-retired' from the club now. He saw outlaw motorcycle clubs (OMCs) develop from loose affiliations of like-minded riders to the well structured and well connected groups we see today, with links to police, politicians and lawyers. David lives in Rosebank, Northern NSW. 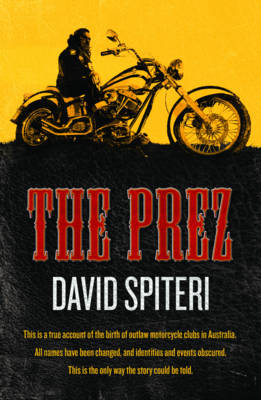