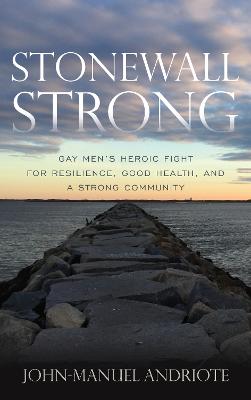 Longtime Washington, D.C. health journalist John-Manuel Andriote didn't expect to mark the twenty-fifth year of the HIV-AIDS epidemic in 2006 by coming out in the Washington Post about his own recent HIV diagnosis. For twenty years he had reported on the epidemic as an HIV-negative gay man, as AIDS killed many of his friends and roused gay Americans to action against a government that preferred to ignore their existence. Eight little words from his doctor, "I have bad news on the HIV test," turned Andriote's world upside down.

Over time Andriote came to understand that his choice, each and every day, to take the powerful medication he needs to stay healthy, to stay alive, came from his own resilience. When and how had he become resilient? He searched his journals for answers in his own life story. The reporter then set out to learn more about resilience. Stonewall Strong is the result.

Drawing from leading-edge research and nearly one hundred original interviews, the book makes it abundantly clear: most gay men are astonishingly resilient. Andriote deftly weaves together research data and lived experience to show that supporting gay men's resilience is the key to helping them avoid the snares that await too many who lack the emotional tools they need to face the traumas that disproportionately afflict gay men, including childhood sexual abuse, substance abuse, risky sexual behavior, depression, and suicide.

Andriote writes with searing honesty about the choices and forces that brought him to his own 'before-and-after' moment, teasing out what he learned along the way about resilience, surviving, and thriving. He frames pivotal moments in recent history as manifestations of gay men's resilience, from the years of secrecy and subversion before the 1969 Stonewall riots; through the coming of age, heartbreak, and politically emboldening AIDS years; and pushing onward to legal marriage equality.

Andriote gives us an inside look at family relationships that support resilient sons, the nation's largest organizations' efforts to build on the resilience of marginalized LGBTQ youth, drag houses, and community centers. We go inside individuals' hearts and groups' missions to see a community that works, plays, and even prays together. Finally, Andriote presents the inspiring stories of gay men who have moved beyond the traumas and stereotypes, claiming their resilience and right to good health, and working to build a community that will be "Stonewall Strong." 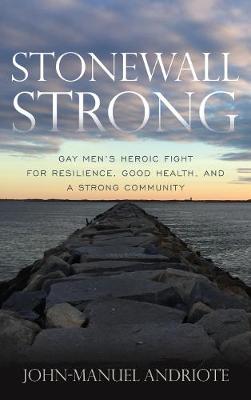 » Have you read this book? We'd like to know what you think about it - write a review about Stonewall Strong: Gay Men's Heroic Fight for Resilience, Good Health, and a Strong Community book by John-Manuel Andriote and you'll earn 50c in Boomerang Bucks loyalty dollars (you must be a Boomerang Books Account Holder - it's free to sign up and there are great benefits!)