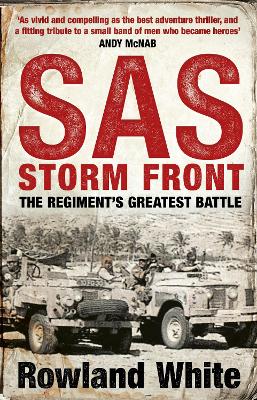 'As vivid and compelling as the best adventure thriller, and a fitting tribute to a small band of men who became heroes' ANDY MCNAB

'Gripping, revealing and extraordinarily well-researched, this is a riveting new account of a little known but crucial war' SIR RANULPH FIENNES
____________________

Dawn. 19 July 1972. A force of nearly three hundred heavily armed, well-trained guerrillas launches a surprise attack on the small fishing village of Mirbat. All that stands in their way is a troop of just nine SAS, aided only by an elite band of fighter pilots overhead.

Two years earlier a Communist rebellion had threatened the Arabian Peninsula, in the strategically critical Sultanate of Oman. Following a covert intelligence mission, 22 SAS deployed their largest ever assault force against the rebels.

But this was to be a bitter and hard-fought campaign culminating the Battle of Mirbat which would become a defining moment for the Regiment. Their heroism that day would remain part of the SAS legend for ever. 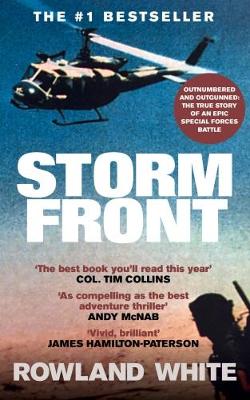 » Have you read this book? We'd like to know what you think about it - write a review about Storm Front book by Rowland White and you'll earn 50c in Boomerang Bucks loyalty dollars (you must be a Boomerang Books Account Holder - it's free to sign up and there are great benefits!)

Rowland White lives in London with his wife and three children, and works in publishing.

A Preview for this title is currently not available.
More Books By Rowland White
View All