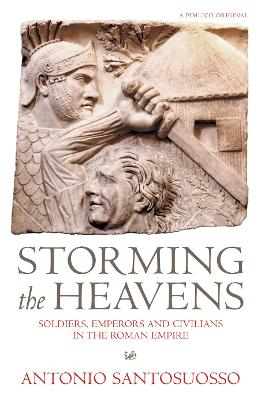 Soldiers, Emperors and Civilians in the Roman Empire

At the close of the third century B. C., the ancient world was in awe of Rome's clear political, military, and cultural hegemony. But however secure Rome's power may have seemed from the outside, from within it faced a challenge which was to seriously to threaten its supremacy.Social turmoil prevailed at the heart of the Roman territories, and in Storming the Heavens, Santosuosso argues that the behaviour of the Roman armies played a central role in this unrest. The troops became the enemies within, pillaging and slaughtering fellow citizens indiscriminately, while remaining loyal to their leaders - for the livelihood and booty they provided - but not the Republic. The new army abandoned its role as depository for upper class values and became an institution of the poor.Santosuosso also investigates the monopoly of military power in the hands of a few, the connection between the armies and the state's cherished values, and the manipulation, subjugation, and dehumanisation of the subject peoples. In all, he provides a fascinating and dramatic portrait of the Roman army from the time of its greatest supremacy through to the melancholy collapse of Empire in the fifth century A. D.

Other Editions - Storming The Heavens by Antonio Santosuosso 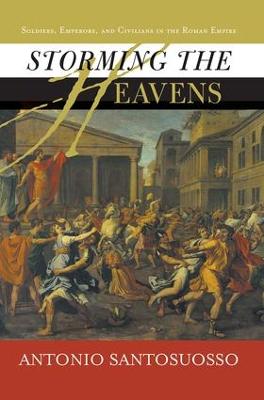 » Have you read this book? We'd like to know what you think about it - write a review about Storming The Heavens book by Antonio Santosuosso and you'll earn 50c in Boomerang Bucks loyalty dollars (you must be a Boomerang Books Account Holder - it's free to sign up and there are great benefits!)

Antonio Santosuosso is professor of history at the University of Western Ontario and author of Soldiers, Citizens, and the Symbols of War: From Classical Greece to Republican Rome, 500-167 BC and Barbarians, Marauders and Infidels: The Ways of Medieval Warfare. He lives in London, Ontario.

A Preview for this title is currently not available.
More Books By Antonio Santosuosso
View All