The Story of the Jews

Description - The Story of the Jews by Simon Schama, CBE

The landmark history of a people, culture and a world.

It is a story like no other- an epic of endurance against destruction, of creativity in oppression, joy amidst grief, the affirmation of life against the steepest of odds.

It spans the millennia and the continents - from India to Andalusia and from the bazaars of Cairo to the streets of Oxford. It takes you to unimagined places- to a Jewish kingdom in the mountains of southern Arabia; a Syrian synagogue glowing with radiant wall paintings; the palm groves of the Jewish dead in the Roman catacombs. And its voices ring loud and clear, from the severities and ecstasies of the Bible writers to the love poems of wine bibbers in a garden in Muslim Spain.

Within these pages, the Talmud burns in the streets of Paris, massed gibbets hang over the streets of medieval London, a Majorcan illuminator redraws the world; candles are lit, chants are sung, mules are packed, ships loaded with spice and gems founder at sea.

And a great story unfolds. Not - as often imagined - of a culture apart, but of a Jewish world immersed in and imprinted by the peoples among whom they have dwelled, from the Egyptians to the Greeks, from the Arabs to the Christians.

Which makes the story of the Jews everyone's story, too.

Other Editions - The Story of the Jews by Simon Schama, CBE 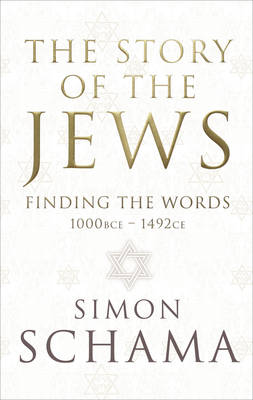 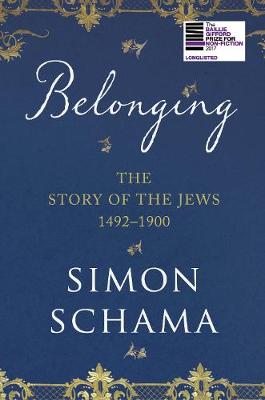 Book Reviews - The Story of the Jews by Simon Schama, CBE

» Have you read this book? We'd like to know what you think about it - write a review about Story of the Jews book by Simon Schama, CBE and you'll earn 50c in Boomerang Bucks loyalty dollars (you must be a Boomerang Books Account Holder - it's free to sign up and there are great benefits!)

Simon Schama is University Professor of Art History and History at Columbia University. His award-winning books, translated into fifteen languages, include Rembrandt's Eyes, A History of Britain, The Power of Art, Rough Crossings and The American Future. His journalism has appeared regularly in the Guardian, New Yorker and the Financial Times where he is Contributing Editor. He has written and presented forty films for BBC2 on subjects as diverse as Tolstoy, American politics and John Donne and won an Emmy for The Power of Art.