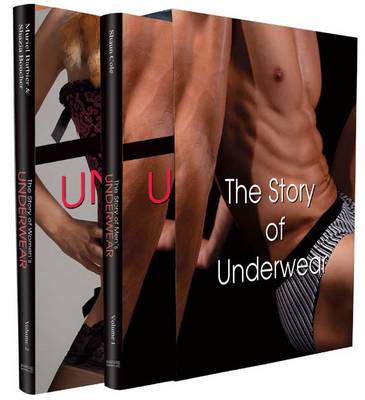 Mirroring the evolution of society's values, the history of underwear highlights the continuous, dancing exchange that exists between women's styles and men's fashion. Undergarments are concealed, flaunted, stretched or shortened, establishing a game between yesterday's illicit and today's chic and thereby denouncing the sense of disgrace that these simple pieces of clothing used to betray. Featuring two separate works on male and female underwear, this study is full of surprises and powerful reflections on man's relationship with his body, and woman's with hers. From the ordinary, discreet underwear of ancient times to the boxer-briefs and seductive push-up bras of the 21st century, this work demonstrates how much the radical dictates of fashion reflect the evolution of both the male and female archetypes, as well as the overall values of an era.

» Have you read this book? We'd like to know what you think about it - write a review about Story of Underwear book by Shaun Cole and you'll earn 50c in Boomerang Bucks loyalty dollars (you must be a Boomerang Books Account Holder - it's free to sign up and there are great benefits!)


A Preview for this title is currently not available.
More Books By Shaun Cole
View All