When war broke out in 1939, Hitler created `Strafbattalion' (Penal Battalion) units to deal with incarcerated members of the Wehrmacht as well as `subversives'. His order stated that any first-time convicted soldier could return to his unit after he had served a portion of his sentence in `a special probation corps before the enemy'. Beginning in April 1941, convicted soldiers-even those sentenced to death-who had shown exceptional bravery or meritorious service were allowed to rejoin their original units. However those in probation units were expected to undertake dangerous operations at the front. Refusal entailed enforcement of the original sentence. The soldiers who `win back an honourable place in the national community' had done everything that was asked of them: risky advance teams, spyware and shock troops, laying mines under enemy fire. This book examines the penal units, their combat history and order of battle.

» Have you read this book? We'd like to know what you think about it - write a review about Strafbattalion book by Walter S. Zapotoczny, Jr. and you'll earn 50c in Boomerang Bucks loyalty dollars (you must be a Boomerang Books Account Holder - it's free to sign up and there are great benefits!)

Walter S. Zapotoczny Jr. is an award-winning writer and editor with over 25 years' experience producing many different types of copy. He is the author of over 150 published articles and three books. Walter is a contributing writer and reviewer for several international publications. He is a former historian with the US Army, specializing is military history, Holocaust studies and events that transcend single states, regions and cultures. A native of Pennsylvania, Walter holds a Bachelor of Arts degree with honors in world military history and a Master of Arts with honors in global history from American Public University. 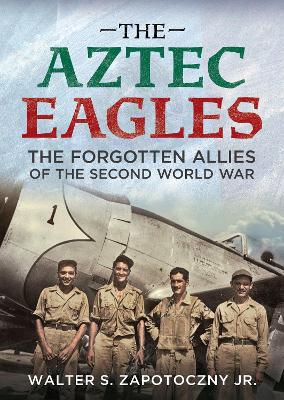