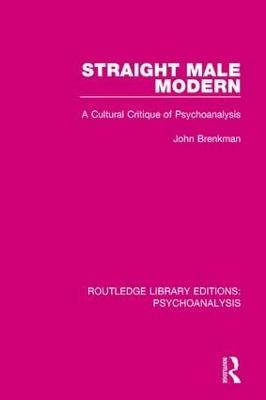 A Cultural Critique of Psychoanalysis

Major psychoanalytic thinkers from Freud to Ricoeur to Lacan considered the Oedipus complex the key to explaining the human psyche and human sexuality, even culture itself. But, in fact, they were merely theorizing males.

In this title, originally published in 1993, the author reassesses the benchmark concepts of Freudian thought, building on feminist criticisms of psychoanalysis and the new history of sexuality. The psychoanalytic questions become political questions: How do the norms of heterosexuality and masculinity themselves emerge within modern society and culture? How do the institutions of compulsory heterosexuality and modern patriarchy shape identity and desire? What make heterosexuality compulsory in our society?

Brenkman argues that the larger social world is part and parcel of the Oedipus complex. He challenges psychoanalysis to reinvent its cultural project, as a therapeutics and an ethics, by recovering the moral-political dimension in its approach to family, sexuality and gender.

Straight Male Modern casts a new light on psychoanalysis's contribution to modern life, revealing the richness of the Freudian tradition's encounter with modern politics and culture, and the poverty of its response. 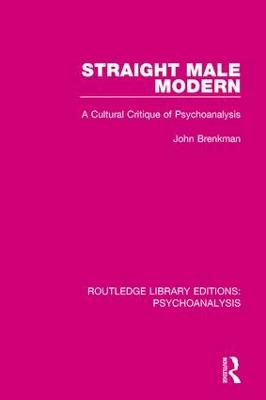 » Have you read this book? We'd like to know what you think about it - write a review about Straight Male Modern book by John Brenkman and you'll earn 50c in Boomerang Bucks loyalty dollars (you must be a Boomerang Books Account Holder - it's free to sign up and there are great benefits!)


A Preview for this title is currently not available.
More Books By John Brenkman
View All