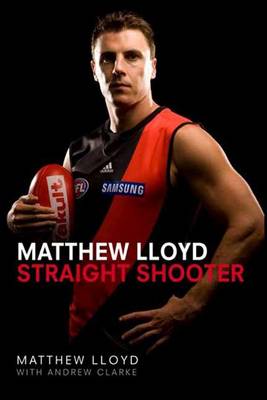 "Matthew Lloyd is destined to be remembered as one of the AFL's greatest full-forwards. This is his long awaited autobiography."

"Matthew Lloyd at his peak was a goal kicking machine in an era where the power forward was fading from the game. A five-time all Australian, he topped the AFL goal kicking three times in his 270 game career and kicked the ton twice, his first in the Essendon Premiership season of 2000. Born into a football family, it was clear early in his career that he had the ability to surpass his father John's 29 games with Carlton. For a while it looked he would head to Carton as well, but Essendon conjured up a complex deal to secure the talented 16-year-old in the 1994 pre-season draft. Brothers Simon and Brad each played football too and are now involved with the Fremantle Football Club, and sister Kylie works on The Footy Show at Channel 9. His mother Bev, even met his father at the football. Sport, and in particular football, was and remains in the blood. This book is the story of a kid driven by a fear of failure to climb the highest peaks in football. Of a young footballer who taught himself a process to become the most accurate shot for goal in the AFL after a tirade from one his coaches. It is how a boy with natural ability became the captain of the Essendon Football Club, a prem 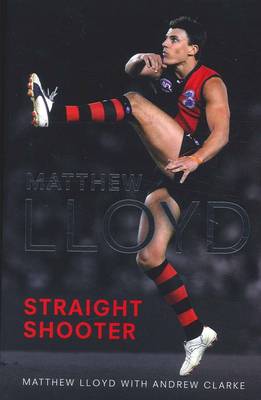 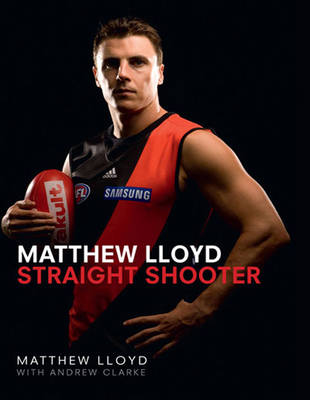 » Have you read this book? We'd like to know what you think about it - write a review about Straight Shooter book by Matthew Lloyd and you'll earn 50c in Boomerang Bucks loyalty dollars (you must be a Boomerang Books Account Holder - it's free to sign up and there are great benefits!)

Matthew Lloyd is destined to be remembered as one of the game's greatest full-forwards. After playing 270 games for the Bombers, he retired in 2009. He continues to work in football with shows on Ten and ONE HD. Andrew Clarke is a writer and journalist and lives in Melbourne. This is his third book.

A Preview for this title is currently not available.
More Books By Matthew Lloyd
View All