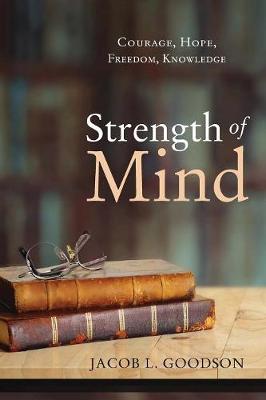 Higher education in the twenty-first century should bring together freedom and knowledge with courage and hope. Why these four concepts? As Goodson argues in Strength of Mind, higher education in the twenty-first century offers preparation for ordinary life. Freedom and knowledge serve as the conditions for cultivating courage and hope within one's ordinary life. More specifically, courage and hope ought to be understood as the virtues required for enjoying ordinary life. If college-educated citizens wish to hold onto the concepts of courage and hope, however, then both courage and hope need to be understood as intellectual virtues. As a moral virtue, courage has become outdated. As a theological virtue, hope violates the logic of the golden mean. Focusing on intellectual virtues also requires shifting from moral perfectionism to rational perfectionism. Rational perfectionism involves keeping impossible demands in view for oneself while constantly and continually striving for one's ""unattained but attainable self."" Goodson defends these arguments by learning from the bits of wisdom found within American Transcendentalism (Emerson, Cavell), German Idealism (Kant, Hegel), Jewish philosophy (Maimonides, Spinoza, Putnam), neo-pragmatism (Putnam, Rorty, West), post-modern theories about pedagogy (Nietzsche, Foucault, Rorty), and secular accounts of perfectionism (Murdoch, Cavell). ""Jacob Goodson is a philosophical theologian everyone must take seriously as his thinking is disciplined yet creative, faithful yet provocative. In this book, he brings that style to bear on a much-maligned institution--the university. Anyone who cares about the university's future should consider in full what he has to offer. Doing so would allow the university to truly serve the church and society."" --Todd Ream, Professor of Higher Education, Taylor University ""Goodson offers a promising new direction for Christian higher education that is inspired not only by faith but a rich philosophical tradition of intellectualism and a reimaging of the virtues of courage, hope, freedom, and knowledge. This new direction is only enlivened by Goodson's honest and enlightening reflections on writing and teaching--twin passions whose interweaving form the backbone of the book."" --Ann W. Duncan, Associate Professor of Religion, Goucher College ""Earnest and somber, Goodson's book states in an accessible and clear way the kind of freedom, courage, and hope Christian liberal arts colleges must help students foster if we wish for them to be the bold thinkers of the next generation. Expansive in breadth of figures while nonetheless deep in conviction, this book reminds us why we became professors in the first place."" --Brad Elliott Stone, Professor of Philosophy, Loyola Marymount University Jacob L. Goodson (University of Virginia) is Assistant Professor of Philosophy at Southwestern College in Winfield, Kansas. Previously, he was a Visiting Assistant Professor at the College of William & Mary in Williamsburg, Virginia. He serves as General Editor for the Journal of Scriptural Reasoning. He researches and writes on American philosophy, the ethics of warfare, sexual ethics, sports ethics, and virtue theory.

Other Editions - Strength of Mind by Jacob L Goodson 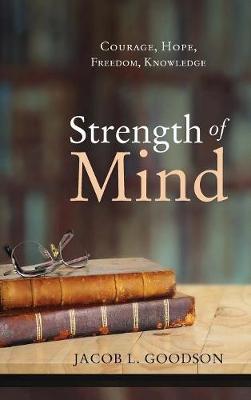 » Have you read this book? We'd like to know what you think about it - write a review about Strength of Mind book by Jacob L Goodson and you'll earn 50c in Boomerang Bucks loyalty dollars (you must be a Boomerang Books Account Holder - it's free to sign up and there are great benefits!)


A Preview for this title is currently not available.
More Books By Jacob L Goodson
View All