A story about a group of children whose kite gets stuck up a tree and their attempts to bring it down.

One warm and windy day, Charlie and his friends decide to fly a kite. It takes off and soars and swoops and plunges ... straight into a tree. The kite is stuck! One by one, Charlie's friends each try to free the kite with their toys - all of which end up stuck in the tree along with the kite. Just when it looks as though everything is stuck forever, the cat loses its footing on a branch and sets off a chain reaction, sending their toys to the ground. But guess who is stuck now?

Other Editions - Stuck! by Charlotte Calder 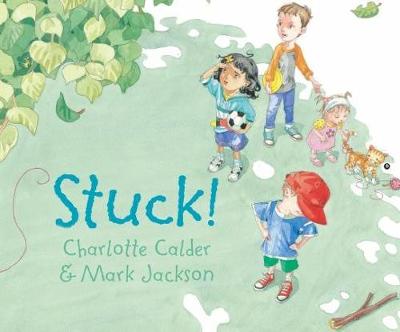 » Have you read this book? We'd like to know what you think about it - write a review about Stuck! book by Charlotte Calder and you'll earn 50c in Boomerang Bucks loyalty dollars (you must be a Boomerang Books Account Holder - it's free to sign up and there are great benefits!)