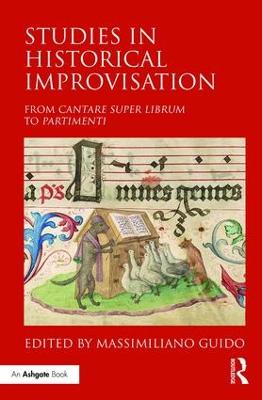 From Cantare super Librum to Partimenti

In recent years, scholars and musicians have become increasingly interested in the revival of musical improvisation as it was known in the Renaissance and Baroque periods. This historically informed practice is now supplanting the late Romantic view of improvised music as a rhapsodic endeavour-a musical blossoming out of the capricious genius of the player-that dominated throughout the twentieth century. In the Renaissance and Baroque eras, composing in the mind (alla mente) had an important didactic function. For several categories of musicians, the teaching of counterpoint happened almost entirely through practice on their own instruments. This volume offers the first systematic exploration of the close relationship among improvisation, music theory, and practical musicianship from late Renaissance into the Baroque era. It is not a historical survey per se, but rather aims to re-establish the importance of such a combination as a pedagogical tool for a better understanding of the musical idioms of these periods. The authors are concerned with the transferral of historical practices to the modern classroom, discussing new ways of revitalising the study and appreciation of early music. The relevance and utility of such an improvisation-based approach also changes our understanding of the balance between theoretical and practical sources in the primary literature, as well as the concept of music theory itself. Alongside a word-centred theoretical tradition, in which rules are described in verbiage and enriched by musical examples, we are rediscovering the importance of a music-centred tradition, especially in Spain and Italy, where the music stands alone and the learner must distil the rules by learning and playing the music. Throughout its various sections, the volume explores the path of improvisation from theory to practice and back again.

Other Editions - Studies in Historical Improvisation by Massimiliano Guido 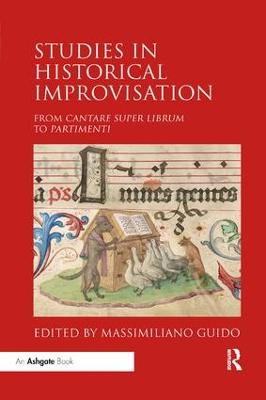 » Have you read this book? We'd like to know what you think about it - write a review about Studies in Historical Improvisation book by Massimiliano Guido and you'll earn 50c in Boomerang Bucks loyalty dollars (you must be a Boomerang Books Account Holder - it's free to sign up and there are great benefits!)

Massimiliano Guido is a Senior Researcher at the Department of Musicology and Cultural Heritage of Pavia University, Italy, where he teaches courses in history of music theory and history of musical instruments. Previously he served as a Banting Post-Doctoral Fellow at the Schulich School of Music, McGill University, Canada, working with Peter Schubert on a project about the art of memory at the keyboard as a tool for teaching counterpoint (2012-14). He was the principal investigator of the research project Improvisation in Classical Music Education: Rethinking our Future by Learning our Past, funded by the Social Sciences and Humanities Research Council of Canada (2013-14). He holds degrees in musicology (Pavia Univ. Doctorate and Laurea, Goeteborg Univ. Master of Music Research), organ (Parma Conservatory, Italy), and harpsichord (Como Conservatory, Italy). He combines musicological research with organ teaching and performance.

A Preview for this title is currently not available.
More Books By Massimiliano Guido
View All

Studies in Historical Improvisation: From Cantare super Librum to Partimenti
$77.21 $77.99