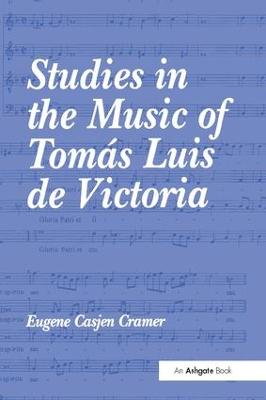 Studies in the Music of Tomas Luis de Victoria

Representing nearly thirty years of research by one of the leading scholars in the field, this series of in-depth studies examines selected aspects of the music of the great Spanish composer in the late Renaissance, TomA!s Luis de Victoria. Presenting new insights into both the musical style and language and the compositional procedure of this contemporary of Palestrina, Lasso and Byrd, Eugene Cramer illuminates the extent to which Victoria's compositions are musically related. The book reveals that the falsobordone or fabordA(3)n played a much larger role in Victoria's music than has previously been thought. Cramer also demonstrates that Victoria's parody or imitation technique, especially in respect to his Masses of 1592, extended the parameters that are generally thought to be characteristic of works of this type. Of special interest is the discussion of thirty-eight works, including thirty-four psalm settings that are attributed to Victoria in extant manuscript sources. Extensively illustrated with over 130 musical examples, these studies will not only interest the serious student of sacred music, but also the performer, both the singer and the conductor alike. 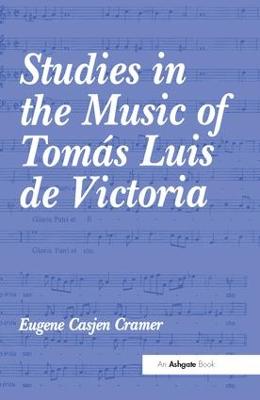 » Have you read this book? We'd like to know what you think about it - write a review about Studies in the Music of Tomas Luis de Victoria book by Eugene Casjen Cramer and you'll earn 50c in Boomerang Bucks loyalty dollars (you must be a Boomerang Books Account Holder - it's free to sign up and there are great benefits!)


A Preview for this title is currently not available.
More Books By Eugene Casjen Cramer
View All