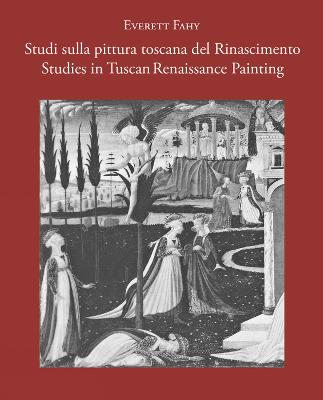 Everett Fahy's writings are of fundamental importance to the study of Tuscan Renaissance painting from the late 14th to the 16th century. An endeavour that lasted 50 years, starting with his 1965 essay on Piero di Cosimo and ending with his contributions for the 2015 Florentine exhibition on the same artist. In between Fahy wrote on some of the most acclaimed and loved artists (from Beato Angelico to Botticelli, from Ghirlandaio to the young Michelangelo), but also on lesser known masters such as Lorenzo di Nicolo, Spinello Aretino, the Master of the Campana panels, the Master of the Fiesole Adoration of the Magi, etc., and through his pioneering studies rediscovered minor artistic schools, such as the Lucca school. Fahy reconstruction of Fra Bartolomeo's early career is considered a classic of art historiography. The selected texts (vol. 1) are arranged in the order of appearance, while the plates (vol. 2), following chronological order, make up an atlas of two centuries of Tuscan painting. With texts in English (36), French (1), and Italian (10). AUTHOR: Everett Fahy (Philadelphia, 1941 Davis, California, 2018), art historian and connoisseur, was director of the Frick Collection in New York (1973-1986), and later chief curator of the Department of European Painting at the Metropolitan Museum of Art (1986-2009). SELLING POINTS: A wide selection of writings by one of the most celebrated art historians and connoisseurs of Italian Renaissance painting A veritable history of Tuscan Renaissance painting through lesser known artists and major ones The selection was made by Andrea De Marchi, one of the best art historians in Italy and professor at the University of Florence, and art historian Elisabetta Sambo of the Zeri Foundation in Bologna 48 colour, 400 b/w illustrations

» Have you read this book? We'd like to know what you think about it - write a review about Studies in Tuscan Renaissance Painting/Studi sulla pittura toscana del Rinascimento book by Everett Fahy and you'll earn 50c in Boomerang Bucks loyalty dollars (you must be a Boomerang Books Account Holder - it's free to sign up and there are great benefits!)


A Preview for this title is currently not available.
More Books By Everett Fahy
View All