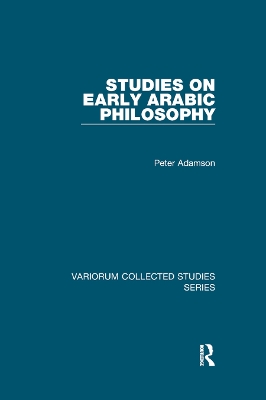 Philosophy in the Islamic world from the 9th to 11th centuries was characterized by an engagement with Greek philosophical works in Arabic translation. This volume collects papers on both the Greek philosophers in their new Arabic guise, and on reactions to the translation movement in the period leading up to Avicenna. In a first section, Adamson provides general studies of the 'formative' period of philosophy in the Islamic world, discussing the Arabic reception of Aristotle and of his commentators. He also argues that this formative period was characterized not just by the use of Hellenic materials, but also by a productive exchange of ideas between Greek-inspired 'philosophy (falsafa)' and Islamic theology (kalAE m). A second section considers the underappreciated philosophical impact of Galen, using Arabic sources to understand Galen himself, and exploring the thought of the doctor and philosopher al-RAE zAE", who drew on Galen as a chief inspiration. A third section looks at al-FAE rAE bAE" and the so-called 'Baghdad school' of the 10th century, examining their reaction to Aristotle's Metaphysics, his epistemology, and his famous deterministic 'sea battle' argument. A final group of papers is devoted to Avicenna's philosophy, which marks the beginning of a new era of philosophy in the Islamic world.

Other Editions - Studies on Early Arabic Philosophy by Peter Adamson 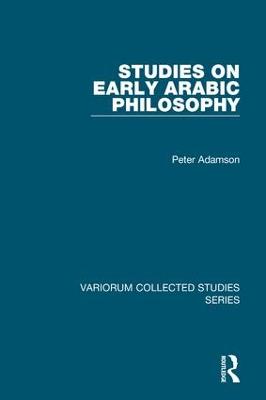 » Have you read this book? We'd like to know what you think about it - write a review about Studies on Early Arabic Philosophy book by Peter Adamson and you'll earn 50c in Boomerang Bucks loyalty dollars (you must be a Boomerang Books Account Holder - it's free to sign up and there are great benefits!)