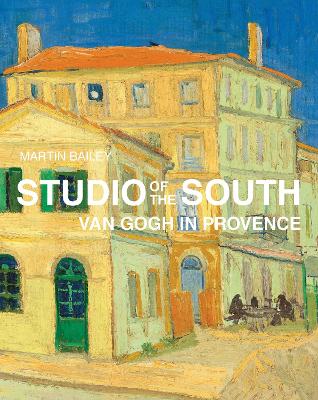 Studio of the South

Description - Studio of the South by Martin Bailey

Studio of the South tells the story of Van Gogh's period in Arles in 1888-9, when his powers were at their height. Based on original research, the book reveals discoveries that throw new light on the legendary artist and give a definitive account of his fifteen months spent in Arles, including his collaboration with Gauguin.

Van Gogh headed to Arles believing that the landscape of Provence would have parallels with Japan, whose art he greatly admired. The south of France was an exciting new land, bursting with life. He loved walking the 5 kilometres up into the hills with the ruined abbey of Montmajour and in late spring he drew and painted over a dozen landscapes there. He went on an excursion to Saintes-Maries-de-la-Mer, a fishing village on the far side of the Camargue, where he saw the Mediterranean for the first time, energetically capturing it in paint. He painted portraits of friends and locals, and embarked on his flower still life paintings, culminating in the Sunflowers. During the heat of the Provencal summer, Van Gogh painted harvest scenes. He rented the Yellow House from May, and gradually did it up, calling it 'an artist's house', inviting Paul Gauguin to join him there. This encounter was to have a profound impact on both of the artists. They painted side by side in the Alyscamps, an ancient necropolis on the outskirts of town, their collaboration coming to a dramatic end in December.

The difficulties Van Gogh faced living by himself led to his eventual decision in May 1889 to retreat to the asylum at Saint-Remy. One of his final tasks at the Yellow House was to pack up two crates with his last eight months' of paintings. Unsold in his lifetime, the pictures have since been recognized as some of the greatest works of art ever created.

Other Editions - Studio of the South by Martin Bailey 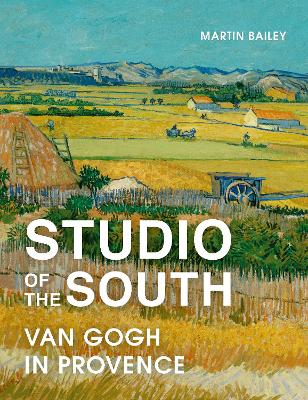 Book Reviews - Studio of the South by Martin Bailey

» Have you read this book? We'd like to know what you think about it - write a review about Studio of the South book by Martin Bailey and you'll earn 50c in Boomerang Bucks loyalty dollars (you must be a Boomerang Books Account Holder - it's free to sign up and there are great benefits!)

DR MARTIN BAILEY has written on Van Gogh since the late 1980s, and has curated two exhibitions (Barbican Art Gallery, 1992 and Compton Verney/National Gallery of Scotland, 2006). He is the author of The Sunflowers Are Mine: The Story of Van Gogh's Masterpiece (2013), Young Vincent: The Story of Van Gogh's Years in England (1990) and Van Gogh: Letters from Provence (1992) which sold 60,000 copies and was translated into French, German, Spanish and Danish.

A Preview for this title is currently not available.
More Books By Martin Bailey
View All

Living with Vincent van Gogh: The homes and landscapes that shaped the artist
$41.99 $49.99

How to implement a manufacturing system: Best practices and pitfalls when implementing an MRP/ERP system
$17.81 $19.79