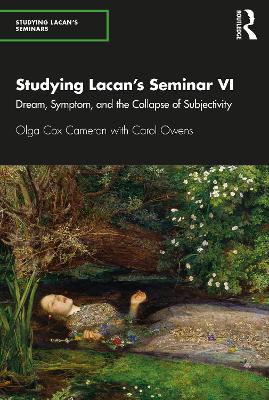 The second volume in the Studying Lacan's Seminars series, this book is the first comprehensive study of Lacan's Seminar VI: Desire and its Interpretation. A natural companion to Bruce Fink's recent translation of the seminar into English (2019), this book offers a genuine opportunity to delve deeply into the seminar, and a hospitable introduction to Lacan's teachings of the 1950s.

This important book brings together various aspects of Cox Cameron's teachings and systematic, careful, and critical readings of Seminar VI. Lacan's theorizing and conceptualizing of the object a, the fundamental fantasy, and aphanisis, as well as the ambiguous treatment of the phallus in his work at the time, are all introduced, contextualized, and explored in detail. The trajectories of his thinking are traced in terms of future developments and elaborations in the seminars that follow closely on the heels of Seminar VI - Seminars VII (Ethics of Psychoanalysis), VIII (Transference), IX (Identification), and X (Anxiety). Consideration is also given to how certain themes and motifs are recapitulated or reworked in his later teachings such as in Seminars XX (Encore), and XXIII (The Sinthome). Also included in this volume are two further essays by Cox Cameron, a most valuable critique of the concept of the phallus in Lacan's theories of the 1950s, and an overview of Seminar VI originally presented as a keynote address to the APW congress in Toronto 2014.

The book is of great interest to Lacanian scholars and students, as well as psychoanalytic therapists and analysts interested in Lacan's teachings of the 1950s and in how important concepts developed during this period are treated in his later work. 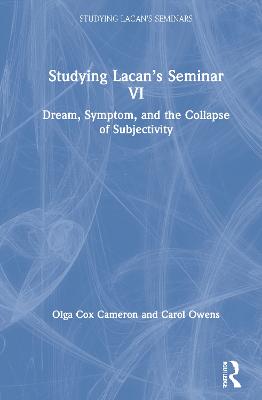 » Have you read this book? We'd like to know what you think about it - write a review about Studying Lacan's Seminar VI: Dream, Symptom, and the Collapse of Subjectivity book by Olga Cox Cameron and you'll earn 50c in Boomerang Bucks loyalty dollars (you must be a Boomerang Books Account Holder - it's free to sign up and there are great benefits!)


A Preview for this title is currently not available.
More Books By Olga Cox Cameron
View All