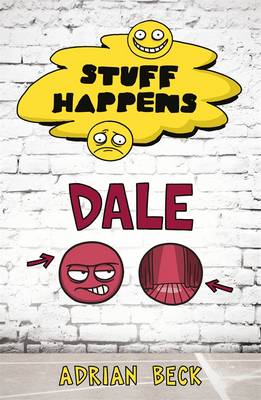 Stuff happens sometimes. Everyday stuff. At school, at home, with sport, with mates.

For Dale it happened during a school play.

Dale is a story about an odd but likeable redhead who decides to take revenge on Dan, the coolest kid in school. Dale intends to embarrass Dan during the finale of their school play, but as the big moment approaches Dale has second thoughts. But is he too late to stop the plan he's put in place?

» Have you read this book? We'd like to know what you think about it - write a review about Stuff Happens: Dale book by Adrian Beck and you'll earn 50c in Boomerang Bucks loyalty dollars (you must be a Boomerang Books Account Holder - it's free to sign up and there are great benefits!)