The Stuff Of Legend

Description - The Stuff Of Legend by Brian Smith


The year is 1944. As Allied forces fight the enemy on Europe's war-torn beaches, another battle begins in a child's bedroom in Brooklyn. When the nightmarish Boogeyman snatches a boy and takes him to the realm of the Dark, the child's playthings, led by the toy soldier known as the Colonel, band together to stage a daring rescue. On their perilous mission they will confront the boy's bitter and forgotten toys, as well as betrayal in their own ranks. Can they save the boy from the forces of evil, or will they all perish in the process? The Stuff of Legend is a haunting and ultimately redemptive tale of loyalty, camaraderie, and perseverance.

Other Editions - The Stuff Of Legend by Brian Smith 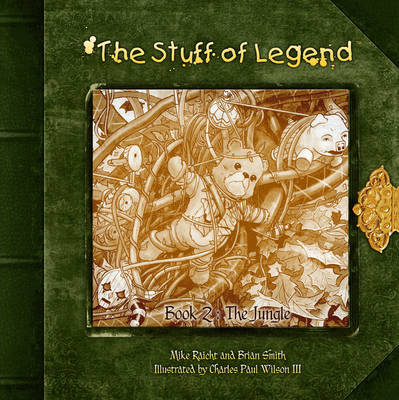 Book Reviews - The Stuff Of Legend by Brian Smith

» Have you read this book? We'd like to know what you think about it - write a review about Stuff Of Legend book by Brian Smith and you'll earn 50c in Boomerang Bucks loyalty dollars (you must be a Boomerang Books Account Holder - it's free to sign up and there are great benefits!)

Mike Raicht spent four years as an editor at Marvel Comics. Since leaving Marvel his writing credits range from superhero comics, such as Spider-Man, X-Men, Batman, Superman, and Hulk, to more horror-oriented fare like Army of Darkness, Deadworld, and Marvel's MAX Zombie. Brian Smith is a former Marvel Comics editor and character art manager for Nickelodeon. His writing and illustration clients include HarperCollins, MAD Kids, Strottman International, Nickelodeon, American Greetings, and Time Out New York, to name a few. Currently, he illustrates the "Adventures of Daniel Boom AKA LOUD BOY!" series of graphic novels for Penguin USA. Illustrator Charles Paul Wilson III is a graduate of the Joe Kubert School of Cartoon and Graphic Art. He currently resides in New Jersey as a staff artist for Tell-A-Graphics while working on projects such as The Stuff of Legend and Vigilante Granny.

A Preview for this title is currently not available.
More Books By Brian Smith
View All