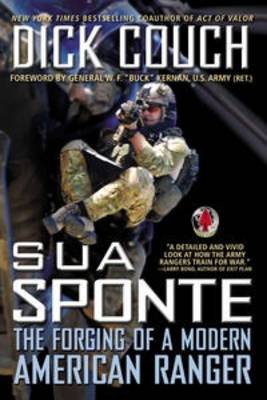 The Forging of a Modern American Ranger

Sua Sponte Latin for 'Of Their Own Accord' The 75th Ranger Regiment's Motto Army Rangers are not born. They are made. The modern 75th Ranger Regiment represents the culmination of 250 years of American soldiering. As a fighting force with our nation's oldest and deepest tradition, the Regiment traces its origins to Richard Rogers's Rangers during the prerevolutionary French and Indian War, through the likes of Francis Marion and John Mosby, to the five active Ranger battalions of the Second World War, and finally, to the four battalions of the current Ranger regiment engaged in modern combat. Granted unprecedented access to the training of this highly restricted component of America's Special Operations Forces in a time of war, retired Navy captain Dick Couch tells the personal story of the young men who begin this difficult and dangerous journey to become Rangers. Many will try, but only a select few will survive to serve in the 75th Ranger Regiment. Sua Sponte follows a group of these aspiring young warriors through the crucible that is Ranger training and their preparation for direct-action missions in Afghanistan against America's enemies, anywhere, any time, and under any conditions. Includes Photographs ' Couch's chronicle of the rigorous training that develops a young soldier into t young apprentice Ranger is detailed, accurate, and captivating.' General W.F. 'Buck' Kernan, U.S. Army (Ret.) From the Foreword 'A great read that describes how the reputation of Rangers, now burnished with the exploits of the current generation in Afghanistan and Iraq, reflects the leaders that select and mold them.' General Stanley McChrystal, U.S. Army (Ret.) 'A wonderfully graphic account of the gut-busting ordeal of becoming a U.S. Army Ranger in the 75th Ranger Regiment . . . Earning the tan beret is, quite simply, a test of manhood only those with ample stocks of strength, stamina, commitment, and valor need apply.' Linda Robinson, author of Masters of Chaos 'Granted unprecendented access, Couch follows a ranger class through to its departure for the battlefield.' Kirkus Reviews

» Have you read this book? We'd like to know what you think about it - write a review about Sua Sponte book by Dick Couch and you'll earn 50c in Boomerang Bucks loyalty dollars (you must be a Boomerang Books Account Holder - it's free to sign up and there are great benefits!)

A 1967 graduate of the U.S. Naval Academy, Dick Couch served with the Navy Underwater Demolition and SEAL Teams. He led one of the only successful POW rescue operations of the Vietnam War, while a platoon leader with SEAL Team One in 1970. On release from active duty in 1972, he joined the Central Intelligence Agency, where he served as a Maritime Operations Officer. He retired from the Naval Reserve in 1997 with the rank of captain. The author of numerous books and articles on military special operations, he serves as a consultant and keynote speaker on issues of tactical ethics and moral battlefield conduct.

A Preview for this title is currently not available.
More Books By Dick Couch
View All