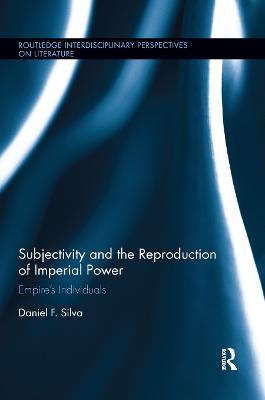 Subjectivity and the Reproduction of Imperial Power: Empire s Individuals

This book brings forth a new contribution to the study of imperialism and colonial discourse by theorizing the emergence and function of individual identity as product and producer of imperial power. While recent decades of theoretical reflections on imperialism have yielded important understandings of how the West has repeatedly reconsolidated its power, this book seeks to grasp the complex role of subjectivity in reformulating the terms of imperial domination from early modern European expansion to late capitalism. This entails approaching Empire as a constantly shifting system of differences and meanings as well as an ontological project, a mode of historical writing, and economy of desire that repeatedly envelops the subject into the realm of western power. The analysis of an array of literary texts and cultural artifacts is undertaken by means of a theoretically eclectic approach - drawing on psychoanalysis, post-structuralism, postcolonial theory, and Marxism - with the aim of forwarding current knowledge of Empire while also contributing to different branches of critical theory. In exploring the formation of imperial subjectivity in different historical moments, Silva raises new questions related to the signification of otherness in European expansion and colonial settlement, slavery and eugenics in post-independence Americas, and late capitalist circulation of bodies and commodities. The volume also covers a broad range of geo-cultural spaces in order to locate western power in time and space. This book's diversity in terms of approach, historical scope, and cultural contexts makes it a useful tool for research and teaching among students and scholars of disciplines including Postcolonial Studies, Colonial History, Literature, and Globalization.

» Have you read this book? We'd like to know what you think about it - write a review about Subjectivity and the Reproduction of Imperial Power: Empire s Individuals book by Daniel F. Silva and you'll earn 50c in Boomerang Bucks loyalty dollars (you must be a Boomerang Books Account Holder - it's free to sign up and there are great benefits!)


A Preview for this title is currently not available.
More Books By Daniel F. Silva
View All