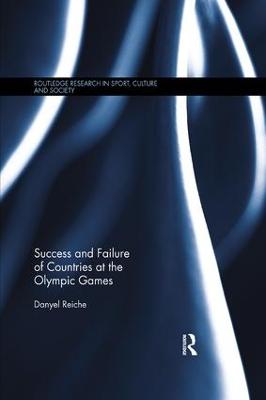 Success and Failure of Countries at the Olympic Games

The Olympic Games is undoubtedly the greatest sporting event in the world, with over 200 countries competing for success. This important new study of the Olympics investigates why some countries are more successful than others. Which factors determine their failure or success? What is the relationship between these factors? And how can these factors be manipulated to influence a country's performance in sport? This book addresses these questions and discusses the theoretical concepts that explain why national sporting success has become a policy priority around the globe.

Danyel Reiche reassesses our understanding of success in sport and challenges the conventional explanations that population size and economic strength are the main determinants for a country's Olympic achievements. He presents a theory of countries' success and failure, based on detailed investigations of the relationships between a wide variety of factors that influence a country's position in the Olympic medals table, including geography, ideology, policies such as focusing on medal promising sports, home advantage and the promotion of women.

This book fills a long-standing gap in literature on the Olympics and will provide valuable insights for all students, scholars, policy makers and journalists interested in the Olympic Games and the wider relationship between sport, politics, and nationalism.

Buy Success and Failure of Countries at the Olympic Games by Danyel Reiche from Australia's Online Independent Bookstore, Boomerang Books. 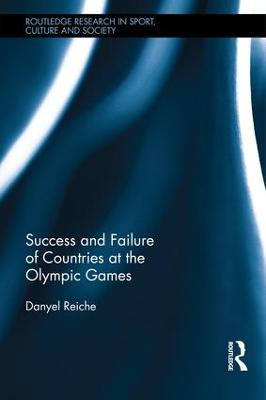 » Have you read this book? We'd like to know what you think about it - write a review about Success and Failure of Countries at the Olympic Games book by Danyel Reiche and you'll earn 50c in Boomerang Bucks loyalty dollars (you must be a Boomerang Books Account Holder - it's free to sign up and there are great benefits!)

Danyel Reiche is an Associate Professor for Comparative Politics at the American University of Beirut and a Visiting Scholar at the Harvard University Institute for Quantitative Social Science (IQSS). He has also worked as a visiting Assistant Professor at the School of Foreign Services, Georgetown University, USA, and as a Postdoctoral Researcher at the Freie Universitat Berlin, Germany. He is the author of numerous peer-reviewed articles, most recently in European Sports Management Quarterly, International Journal of Sport Policy and Politics, Journal of Energy Policy, Sport in Society, Soccer & Society, and Third World Quarterly

A Preview for this title is currently not available.
More Books By Danyel Reiche
View All