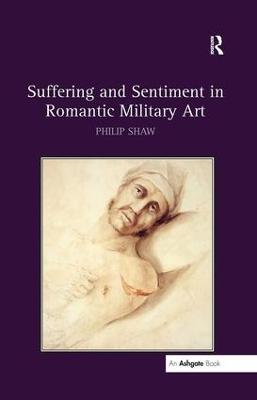 In a moving intervention into Romantic-era depictions of the dead and wounded, Philip Shaw's timely study directs our gaze to the neglected figure of the common soldier. How suffering and sentiment were portrayed in a variety of visual and verbal media is Shaw's particular concern, as he examines a wide range of print and visual media, from paintings to sketches to political prose and anti-war poetry, and from writings on culture and aesthetics to graphic satires and early photographs. Whilst classical portraiture and history painting certainly conspired with official ideologies to deflect attention from the true costs of war, other works of art, literary as well as visual, proffered representations that countered the view that suffering on and off the battlefield is noble or heroic. Shaw uncovers a history of changing attitudes towards suffering, from mid-eighteenth century ambivalence to late eighteenth- and early nineteenth-century concepts of moral sentiment. Thus, Shaw's story is one of how images of death and wounding facilitated and queried these shifts in the perception of war, qualifying as well as consolidating ideas of individual and national unanimity. Informed by readings of the letters and journals of serving soldiers, surgeons' notebooks and sketches, and the writings of peace and war agitators, Shaw's study shows how an attention to the depiction of suffering and the development of 'liberal' sentiment enables a reconfiguring of historical and theoretical notions of the body as a site of pain and as a locus of violent national imaginings. 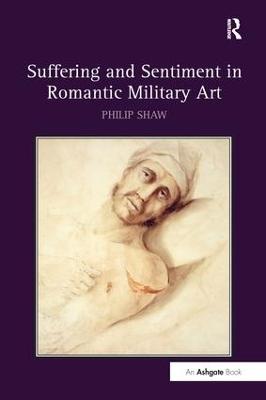 » Have you read this book? We'd like to know what you think about it - write a review about Suffering and Sentiment in Romantic Military Art book by Philip Shaw and you'll earn 50c in Boomerang Bucks loyalty dollars (you must be a Boomerang Books Account Holder - it's free to sign up and there are great benefits!)

Philip Shaw is Professor of Romantic Studies in the School of English at the University of Leicester, UK. His publications include Waterloo and the Romantic Imagination (2002) and, as editor, Romantic Wars: Studies in Culture and Conflict, 1793-1822 (2000).

A Preview for this title is currently not available.
More Books By Philip Shaw
View All