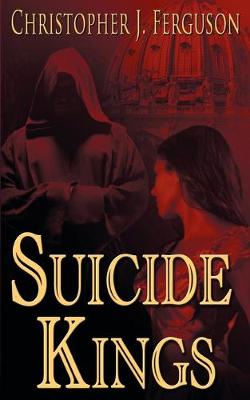 As a young woman in Florence, Diana Savrano's life is a privileged one of elegant balls, handsome suitors and frivolity. But the sudden death of her mother leaves her adrift and abandoned. As she sobs over her mother's casket, another member of the procession reveals the awful truth. Before her last days, Diana's mother had joined a Luciferian cult. Despite knowing little beyond her pampered world, Diana determines to unmask those responsible for her mother's death. But someone does not want such secrets revealed, and they are willing to send assassins to keep her silent. Paranoia and loneliness set in as even her closest friends reveal hidden agendas. Worst of all, the further she follows the intertwined threads, the closer they appear to lead to her own father.

» Have you read this book? We'd like to know what you think about it - write a review about Suicide Kings book by Christopher J Ferguson and you'll earn 50c in Boomerang Bucks loyalty dollars (you must be a Boomerang Books Account Holder - it's free to sign up and there are great benefits!)


A Preview for this title is currently not available.
More Books By Christopher J Ferguson
View All