They are Sydney's golden ones. Young, rich, well-bred and well-connected. Now peel away that glossy surface ... and stand well back. This gripping mystery set among Sydney's elite is a devastating portrait of money and power; of a charismatic young man with an elastic moral code; of lifelong friendship betrayed; of subtle cruelties and brutal pragmatism.Hugh Bowman is heir to a considerable fortune. Richard, his friend from childhood, observes Hugh with alternating devotion and rage -- though mostly devotion. While as adults Hugh and his wife Helen, and Richard and his wife Pup, continue the tradition of holidays at Palm Beach every year and give every appearance of leading the golden lives of the rich, there are secrets and intrigues among them that will blow their world apart ...Malcolm Knox's writing is as seductive and alluring as his glamorous and obscenely wealthy subjects. This is a first novel of smouldering power that offers tantalising and disturbing insights into the world of the so-called privileged elite.

Other Editions - Summerland by Malcolm Knox 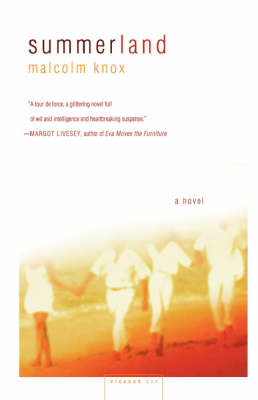 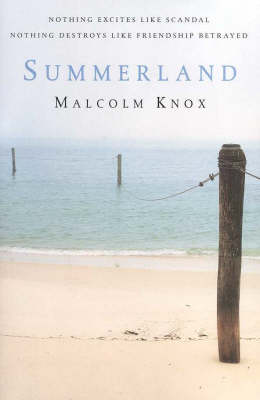 » Have you read this book? We'd like to know what you think about it - write a review about Summerland book by Malcolm Knox and you'll earn 50c in Boomerang Bucks loyalty dollars (you must be a Boomerang Books Account Holder - it's free to sign up and there are great benefits!)

Malcolm Knox was born in 1966. He grew up in Sydney and studied in Sydney and Scotland, where his one-act play, POLEMARCHUS, was performed in St Andrews and Edinburgh. He has worked for the SYDNEY MORNING HERALD since 1994 and his journalism has been published in Australia, Britain, India and the West Indies. His first novel SUMMERLAND was published to great acclaim in the UK, US, Australia and Eurpope in 2000. In 2001 Malcolm was named one of the Sydney Morning Herald's Best Young Australian novelists. He lives in Sydney with his wife Wenona, son Callum and daughter Lilian. His most recent novel, A PRIVATE MAN, was critically acclaimed and was shortlisted for the Commomwealth Prize and the Tasmanian Premier s Award.

A Preview for this title is currently not available.
More Books By Malcolm Knox
View All

Truth Is Trouble: The strange case of Israel Folau, or How Free Speech Became So Complicated
$28.04 $32.99