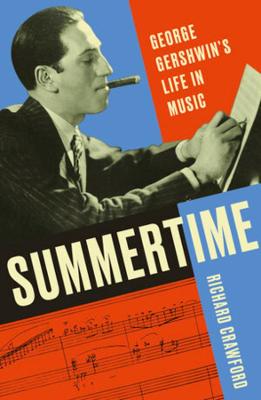 New York City native and gifted pianist George Gershwin blossomed as an accompanist before his talent as a songwriter opened the way to Broadway, where he fashioned his own brand of American music. He composed a long run of musical comedies, many with his brother Ira as lyricist, but his aspirations reached beyond commercial success.
A lifetime learner, Gershwin was able to appeal to listeners on both sides of the purported popular-classical divide. In 1924?when he was just twenty-five?he bridged that gap with his first instrumental composition, Rhapsody in Blue, an instant classic premiered by Paul Whiteman's jazz orchestra, as the anchor of a concert entitled ?An Experiment in Modern Music.?
From that time forward his work as a composer, pianist, and citizen of the Jazz Age made him in some circles a leader on America's musical scene. The late1920s found him extending the range of the shows he scored to include the United Kingdom, and he published several articles to reveal his thinking about a range of musical matters. Moreover, having polished his skills as an orchestrator, he pushed boundaries again in 1935 with the groundbreaking folk opera, Porgy and Bess?his magnum opus.
Gershwin's talent and warmth made him a presence in New York's musical and social circles (and linked him romantically with pianist-composer Kay Swift). In 1936 he and Ira moved west to write songs for Hollywood. Their work was cut short, however, when George developed a brain tumor and died at thirty-eight, a beloved American artist.
Drawing extensively from letters and contemporaneous accounts, acclaimed music historian Richard Crawford traces the arc of Gershwin's remarkable life, seamlessly blending colorful anecdotes with a discussion of Gershwin's unforgettable oeuvre. His days on earth were limited to the summertime of life. But the spirit and inventive vitality of the music he left behind lives on. 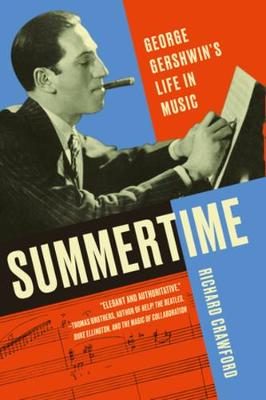 » Have you read this book? We'd like to know what you think about it - write a review about Summertime: George Gershwin's Life in Music book by Richard Crawford and you'll earn 50c in Boomerang Bucks loyalty dollars (you must be a Boomerang Books Account Holder - it's free to sign up and there are great benefits!)


A Preview for this title is currently not available.
More Books By Richard Crawford
View All