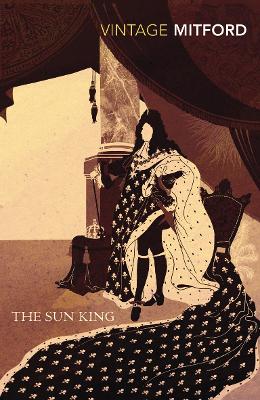 'Gossipy account of the art, affairs and poison paranoia at Louis XIV's Versailles' The Times

This gossipy account of Louis XIV is a clear and fascinating historical biography from Nancy Mitford.

WITH AN INTRODUCTION BY STELLA TILLYARD

During his reign Louis XIV was the most powerful king in Europe. He presided over a golden age of military and artistic achievement in France, and deployed his charm and talents for spin and intrigue to hold his court and country within his absolute control. The Sun King's universe centred on Versailles, a glittering palace from where Louis conducted his government and complex love affairs. Nancy Mitford describes the daily life of this splendid court in sumptuous detail, recreating the past in vivid colour.

Other Editions - The Sun King by Nancy Mitford 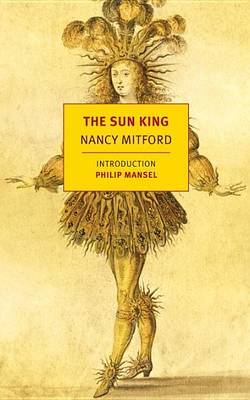 » Have you read this book? We'd like to know what you think about it - write a review about Sun King book by Nancy Mitford and you'll earn 50c in Boomerang Bucks loyalty dollars (you must be a Boomerang Books Account Holder - it's free to sign up and there are great benefits!)

Nancy Mitford was born in London on November 28 1904, daughter of the second Baron Redesdale, and the eldest of six girls. Her sisters included Lady Diana Mosley; Deborah, Duchess of Devonshire and Jessica, who immortalised the Mitford family in her autobiography Hons and Rebels. The Mitford sisters came of age during the Roaring Twenties and wartime in London, and were well known for their beauty, upper-class bohemianism or political allegiances. Nancy contributed columns to The Lady and the Sunday Times, as well as writing a series of popular novels including The Pursuit of Love and Love in a Cold Climate, which detailed the high-society affairs of the six Radlett sisters. While working in London during the Blitz, Nancy met and fell in love with Gaston Palewski, General de Gaulle's chief of staff, and eventually moved to Paris to be near him. In the 1950s she began writing historical biographies - her life of Louis XIV, The Sun King, became an international bestseller. Nancy completed her last book, Frederick the Great, before she died of Hodgkin's disease on 30 June 1973.

The Pursuit of Love: Now a major series on BBC and Prime Video directed by Emily Mortimer and starring Lily James and Andrew Scott
$16.79 $19.99