Grant Morrison, one of the greatest storytellers of his generation, weaves the history of Clark Kent's early days in Metropolis in this Man of Steel cornerstone of the DC Universe!

Collecting the entirety of Morrison's epic saga, this New 52 era Superman omnibus celebrates and explores new facets of the Superman mythos. The compelling and deliberate Superman stories in this collection showcase his quintessential character and determination in a world that doesn't know what to make of him.

A milestone in The New 52, this omnibus is jam-packed with action, adventure, shocking secrets, parallel Earths, deadly encounters with the Anti-Superman Army, Brainiac, Metal-zero and so much more! 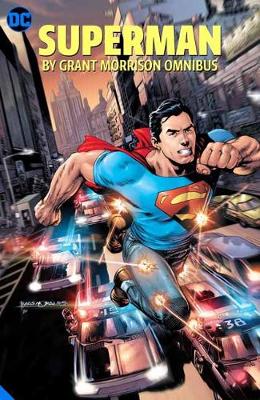 » Have you read this book? We'd like to know what you think about it - write a review about Superman by Grant Morrison Omnibus book by Grant Morrison and you'll earn 50c in Boomerang Bucks loyalty dollars (you must be a Boomerang Books Account Holder - it's free to sign up and there are great benefits!)