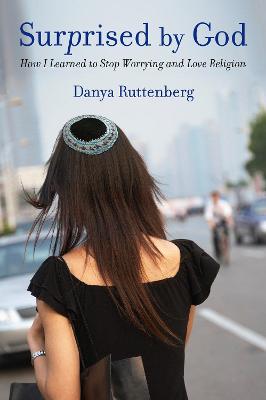 How I Learned to Stop Worrying and Love Religion

At thirteen, Danya Ruttenberg decided she was an atheist. As a young adult, she immersed herself in the rhinestone-bedazzled wonderland of late 1990s San Francisco-drinking smuggled absinthe with wealthy geeks and plotting the revolution with feminist zinemakers. But she found herself yearning for something she would eventually call God.

Surprised by God is a memoir of a young woman's spiritual awakening and eventual path to the rabbinate, a story of integrating life on the edge of the twenty-first century into the discipline of traditional Judaism, without sacrificing either. It's also an unflinchingly honest guide to the kind of work that goes into developing a spiritual practice-and it shows why, perhaps, doing this in today's world requires more effort than ever.

» Have you read this book? We'd like to know what you think about it - write a review about Surprised by God book by Danya Ruttenberg and you'll earn 50c in Boomerang Bucks loyalty dollars (you must be a Boomerang Books Account Holder - it's free to sign up and there are great benefits!)

Rabbi Danya Ruttenberg is the author of Suprised by God: How I Learned to Stop Worrying and Love Religion and 2016 National Jewish Book Award finalist Nurture the Now: Finding Spirituality in the Frustration, Boredom, Tears, Poop, Desperation, Wonder, and Radical Amazement of Parenting and editor of several books including Yentl's Revenge: The Next Wave of Jewish Feminism. She has been published in a wide variety of books and periodicals, including Encyclopedia Judaica, Best Jewish Writing 2002, the San Francisco Chronicle, Salon, Bitchfest, and The Women's Movement Today: An Encyclopedia of Third-Wave Feminism. A contributing editor to both Lilith and Women in Judaism, Ruttenberg received rabbinic ordination from the Zeigler School of Rabbinic Studies in Los Angeles in 2008. Find her online at www.danyaruttenberg.net.

A Preview for this title is currently not available.
More Books By Danya Ruttenberg
View All