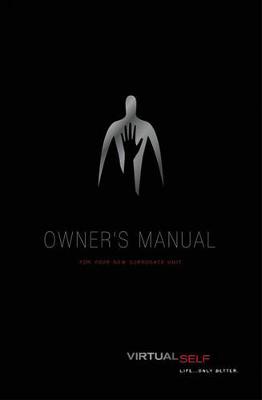 The year is 2054, and life is reduced to a data feed. The fusing of virtual reality and cybernetics has ushered in the era of the personal surrogate, android substitutes that let users interact with the world without ever leaving their homes. It's a perfect world, and it's up to Detectives Harvey Greer and Pete Ford of the Metro Police Department to keep it that way. But to do so they'll need to stop a techno-terrorist bent on returning society to a time when people lived their lives instead of merely experiencing them.
Designed to complement the upcoming, feature-length movie, The Surrogates, starring Bruce Willis and slated for release September 25th, 2009 from Touchstone Pictures, this special hardcover edition features both the original and prequel graphic novels of The Surrogates.

» Have you read this book? We'd like to know what you think about it - write a review about Surrogates Owner's Manual book by Robert Venditti and you'll earn 50c in Boomerang Bucks loyalty dollars (you must be a Boomerang Books Account Holder - it's free to sign up and there are great benefits!)

Robert Venditti is the New York Times best-selling author of The Homeland Directive and the sci-fi graphic novel The Surrogates, which was adapted into a feature film. He has written the monthly comic book series X-O Manowar and Wrath of the Eternal Warrior for Valiant Entertainment, and Green Lantern and The Flash for DC. He currently writes Hal Jordan and the Green Lantern Corps, as well as the children's novel series Miles Taylor and the Golden Cape.

A Preview for this title is currently not available.
More Books By Robert Venditti
View All