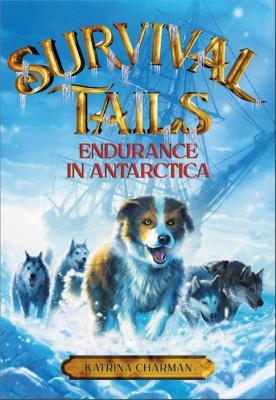 Sled dog Samson wants nothing more than to be part of Ernest Shackleton's historic voyage to Antarctica. He wants to feel the snow under his paws and the wind on his face as he races across the ice fields, and most of all he wants to help his humans find eternal glory as they chart the last unexplored continent. His fellow sled dog, Bummer, just wants to get through the voyage in one piece. Why would he want to face down a dangerous, icy wasteland when he could stay inside his kennel, warm and safe?Treacherous seas and dangerous ice packs are not the only threat they'll face on their voyage, however. Not every dog on Shackleton's team is willing to put the expedition before themselves. Amundsen, a wolf dog with a grudge against Samson, will stop at nothing to ensure he's the best dog on the expedition...even if it means sabotaging Samson and his friends.When their ship, the Endurance, becomes trapped in the sea ice, leaving the dogs and men with no way home, their journey becomes not about personal glory, but about survival. Samson, Bummer, and the other dogs will have to put aside their differences and band together to rescue their humans...and themselves.With engaging nonfiction back matter that delves into the fascinating true story behind the book, SURVIVAL TAILS: ENDURANCE IN ANTARCTICA is sure to keep readers entertained as the second entry in this series of action-packed animal adventures.

» Have you read this book? We'd like to know what you think about it - write a review about Survival Tails: Endurance in Antarctica book by Katrina Charman and you'll earn 50c in Boomerang Bucks loyalty dollars (you must be a Boomerang Books Account Holder - it's free to sign up and there are great benefits!)