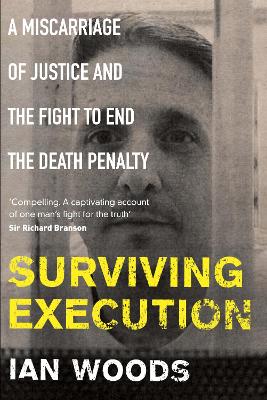 Surviving Execution is the inside story of Richard Glossip, a death row inmate who has always maintained his innocence, and who did not kill anyone. Convicted largely on the word of the self-confessed killer, who escaped the death penalty in return for implicating Glossip, the state of Oklahoma is still intent on executing him for murder.

It is also the story of Ian Woods, a Sky News reporter, who came across the case one quiet afternoon, and who has tirelessly campaigned ever since to bring the injustices Glossip has faced to the world's attention. Three times during 2015, Richard Glossip came within hours of being put to death, postponed each time by last minute stays, and Woods was with him in prison, as a witness to the execution, every time.

This is the true story of life on death row, written by a man with unparalleled first-hand knowledge, access and understanding of the case. It is a history of execution, a moral examination of the arguments against it, and a call to arms to end this most barbaric form of American justice. But first and foremost, it is the tale of the growing friendship between the reporter, and the man he believes to be wrongly convicted of murder. 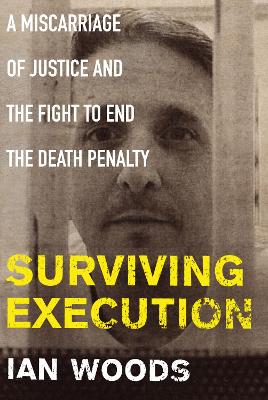 » Have you read this book? We'd like to know what you think about it - write a review about Surviving Execution book by Ian Woods and you'll earn 50c in Boomerang Bucks loyalty dollars (you must be a Boomerang Books Account Holder - it's free to sign up and there are great benefits!)

Ian Woods was born and educated in Belfast. He moved to England to study at Warwick University, and started work as a journalist in 1984, later joining BBC TV where he presented East Midlands Today in Nottingham. Since 1995 he's worked for Sky News, including spells as Sports Editor, United States Correspondent, Australia Correspondent, and is currently a Senior Correspondent reporting both domestic and international news. Surviving Execution is his first book.

A Preview for this title is currently not available.
More Books By Ian Woods
View All