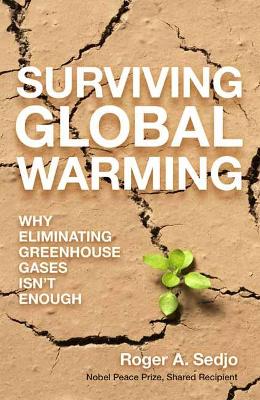 Though the Paris Agreement on climate change was a significant achievement, most authorities agree that its measures to reduce greenhouse-gas emissions will be insufficient to offset the forecasted increase in global warming. Even in the unlikely case of ideal compliance, the Earth will still experience major climate-driven damages. Given this reality, climate expert Roger A. Sedjo argues in this book that a Plan B is required. He makes a compelling case that doing more of the same, by focusing only on the mitigation plan of the Paris Agreement, will leave humanity increasingly vulnerable; instead, we must also begin planning adaptation strategies-Plan B-which enable societies to anticipate and protect against the worst effects of inevitable climate change.

The author examines several areas where environmental damage could be severe. Sea-level rise is a major concern and measures could be, and in some cases are now being, undertaken to protect coastal areas. The author also addresses the need for more robust action to ward off the likely decline in agricultural productivity, destruction of forests and biodiversity, and the impact of natural catastrophes like hurricanes made worse by climate change. In addition, he considers geo-engineering strategies, such as atmospheric reflectivity, which may play a role in lessening the impact of global warming.

» Have you read this book? We'd like to know what you think about it - write a review about Surviving Global Warming: Why Eliminating Greenhouse Gases Isn't Enough book by Roger A. Sedjo and you'll earn 50c in Boomerang Bucks loyalty dollars (you must be a Boomerang Books Account Holder - it's free to sign up and there are great benefits!)


A Preview for this title is currently not available.
More Books By Roger A. Sedjo
View All