The Life and Music of James Taylor

In 1970 a scraggly, antiheroic man from North Carolina by way of Massachusetts began presenting a comforting yet biting new sound. Within a year, when young ears sought the latest in rock, there was Fire and Rain and You've Got a Friend, and a new Southern California-fed branch of pop music. James Taylor was its reluctant leader. Remarkably, Taylor has survived: his 2015 release, Before This World , edged out Taylor Swift and went to No. 1 on the charts. Today he is in better physical (and probably mental) condition than during the whirlwind era when he influenced music so heavily, the decade when magazines and newspapers printed feverish stories about his gawky hunkiness, his love affair with Joni Mitchell, his glittery marriage to Carly Simon, his endlessly carried-out heroin habit, and sometimes even his music. Despite it all, Taylor has become the nearest thing to rock royalty in America. Based on fresh interviews with musicians, producers, record company people, and music journalists, as well as previously published interviews, reviews, and profiles, Sweet Dreams and Flying Machines is the definitive biography of an elusive superstar.

Other Editions - Sweet Dreams and Flying Machines by Ribowsky Mark 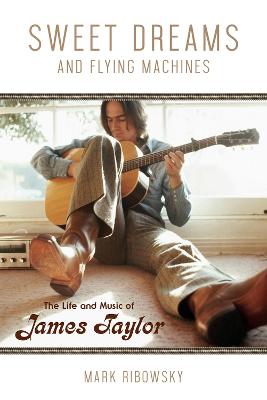 » Have you read this book? We'd like to know what you think about it - write a review about Sweet Dreams and Flying Machines book by Ribowsky Mark and you'll earn 50c in Boomerang Bucks loyalty dollars (you must be a Boomerang Books Account Holder - it's free to sign up and there are great benefits!)

A Preview for this title is currently not available.
More Books By Ribowsky Mark
View All